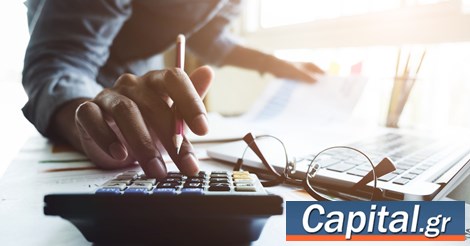 The amount of 170 million euros to 200,000 self-employed, self-employed and farmers is being prepared to be returned by e-EFKA after the offsetting of the settled contributions of 2019 with their future obligations.

This is reported by competent executives of the Ministry. Working at Capital.gr, reminding that the liquidation of the insurance contributions of the self-employed for the year 2019 resulted credit balance of 263 million euros for over 343,000 self-insured.

However, those who had a credit balance over 50 euros were not entitled to a refund – provided they had no previous debt (at least from 2017 onwards).

Those who had a credit balance below 50 euros, this will be offset by their future insurance obligations.

Those who had a credit balance over 50 euros have the possibility of offsetting with future contributions, voluntarily, provided, however, that they themselves declare to e-EFKA that they wish something like this to happen.

After the completion of the last phase of the liquidation of the contributions of 2019, ie that of the offset (mandatory or voluntary) with future contributions, it emerged that close to 200,000 self-employed (on initial total over 343.00) will receive “in hand” -that is in their bank account – their credit balances totaling 170 million euros. On average, these will amount to approximately 850 euros per self-insured.

Aim of the Minister The payment of this amount remains within the current month, in order to support the professionals with income, especially in the current suffocating economic conditions that the pandemic has created.

As for the remaining approximately 93 million euros (243 million euros minus the 170 million euros that will be returned), which will be withheld by e-EFKA will stimulate its revenues at a particularly critical juncture.

It is noted that regarding those who had debit balances from the liquidation of 2019, with an amendment of the Ministry. Labor, Giannis Vroutsi, will be paid in 5 equal monthly installments, starting from March 2021, ie between March – July 2021.

Initially, it was decided to pay this balance between November 2020 and March 2021. However, the aforementioned extension was finally granted in order to alleviate the insurance obligations of professionals in the middle of the second wave of the pandemic.