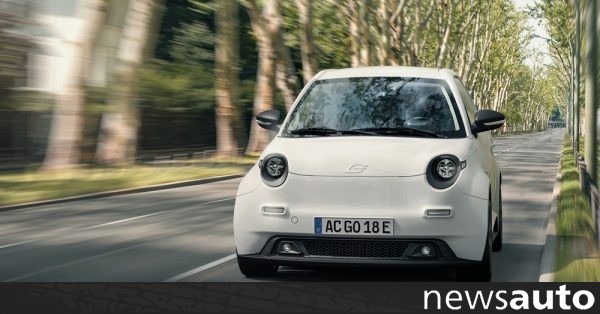 The Greek government and e.GO officially announced the upcoming construction of the second factory in our country, with the aim of producing 30,000 electric cars per year. Let’s see what these cars will be.

Next e.GO Mobile is a German company that manufactures exclusively electric cars for the city, which are characterized by their hi-tech technological profile.

It uses a Bosch electric motor mounted on the rear axle of the car. This engine draws energy from a 21.5 kWh battery, which with a charge offers a range of 203 km in the city or 139 km and when used in the national.

The e.GO Life can be charged either through a common power outlet or through the company’s special e.Go Wallbox.

The construction of e.GO Life is done on an aluminum frame, while its body is made of special plastic-polymer material. E.Go emphasizes that many of its parts can be recycled at the end of the “life” of the car.

The second e.GO model is the e.GO Sport, a version of e.GO Life with dynamic features, which includes, among other things, sports suspension, improved aerodynamics, larger wheels (18 inches), but also accentuated appearance and interior.

The e.GO Sport electric motor is more powerful and delivers 109 hp, while the battery is larger compared to that of e.GO Life and has a capacity of 30 kWh.

E.Go has also introduced the prototype e.GO Life Concept Cross, which heralds a new version with crossover features of its electric model. Both e.GO Sport and of course Cross have not yet started their construction.

In terms of prices, the e.GO Life had an initial price in Germany of 17,900 euros from January 2020 onwards, but this was the older version of the 20, with the 27 hp electric motor, which is no longer produced. At the moment there are no prices for the model mentioned above.

This was the course of car factories in Greece

SOS! Old and polluting cars are blown away