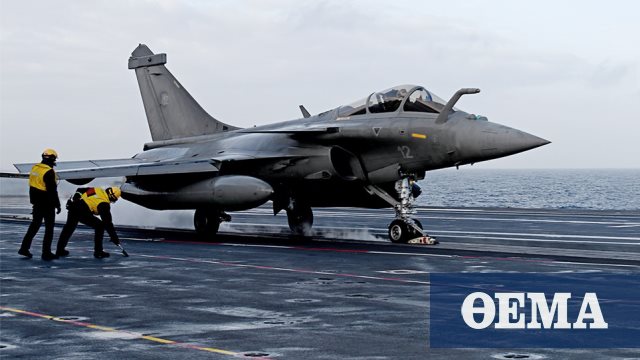 Tomorrow, Thursday, December 17, he will be introduced for a parliamentary debate Armaments Committee the contract for the purchase of 18 French fighter jets Rafale.

Its agents Ministry of National Defense explain that the reasons that led to the choice that includes used aircraft, was the possibility of their immediate delivery, in order to increase in a short period of time the operational capability of the Air Force, but also to reduce costs in order to allocate resources to other weapons systems of the three branches that are necessary. From Air Force They report that the French side met the Greek requirements regarding the condition of the used aircraft, while the manufacturer “Dassault” provides the guarantee of their good operation.

The total cost of the program is € 2.32 billion

The total purchase cost of 18 Rafale is € 1.92 billion (no bookings), a price to which they should be added another € 400 million (without reservations), for the weapons of twin fighter jets. The weapons of the new Rafale include “Meteor” guided missiles. The French side also undertakes the necessary upgrades and certifications of the existing missiles “Mica”, “Scalp” and “Exocet” in order to be used in the new aircraft.

The 18 Rafale fighter jets will join the 332 Squadron at the Tanagra Base.

The Rafale fighter is one Multi-role aircraft, with the ability to perform a variety of missions simultaneously and is the most modern and combative of the European defense industry, while at the same time it can transfer the special weapons that already exist in the Greek arsenal, without the need for new investments in infrastructure and technical capabilities. The fact that Rafale is a twin engine fighter jet is expected to provide enormous potential to Air Force pilots, given that the fighter jets that Greece and Turkey have in their arsenal -mainly American-made F-16s- are single-engine.