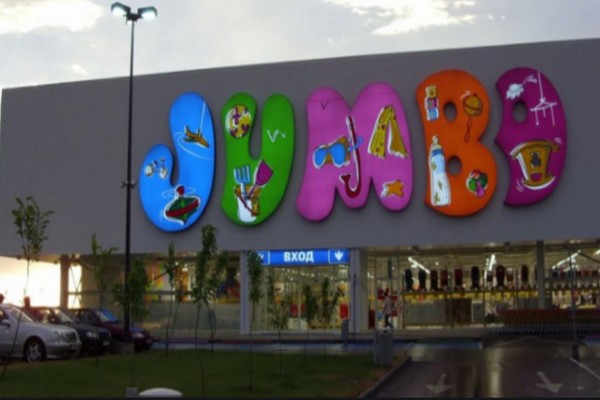 In her update to Stock exchange the Jumbo chain, following a letter sent by Hellenic Capital Market Commission to all listed companies regarding the course of their activities and the effects due to COVID-19 states:

“As we head towards the final stretch of the Christmas and the end of the year holidays, the stores in Greece continue to remain closed. “Imposing restrictions by closing retail during two major periods for the company’s size, Easter, which accounts for 12% of sales, and Christmas, which accounts for 33% of sales, confirms that 2020 is a lost year.”

The company states that with the stores remaining open, a positive growth rate of sales for the Group is recorded in July by approximately + 8%, compared to the corresponding month last year. August showed a negative sign (-2%) due to the decline of tourism. September, which is traditionally the month of “back to school”, closed with an increase in sales for the Jumbo Group by about + 1.2%, compared to the corresponding month last year.

The Group has significant liquidity with cash and other current financial assets amounting to 639.57 million euros from 636.99 million euros as at 31.12.2019, the company notes.

In October 2020, with the Group’s stores remaining open in Greece, Cyprus, Bulgaria and Romania, sales recorded a significant increase of approximately + 12.7%, compared to October 2019.

However, November 2020 was affected by the second wave of the pandemic that led to the closure of all stores in Greece and three of the five stores in Cyprus.

The imposition of strict restrictions led sales for the month of November 2020, to record a decrease of about -35%, expanding the total losses for the 11 months to -10.7%, Jumbo points out.

“As we head towards the final stretch of the Christmas and the end of the year holidays, the stores in Greece continue to remain closed. “Restrictions on the closure of retail during two major periods for its size, Easter, which accounts for 12% of sales, and Christmas, which accounts for 33% of sales, confirm that 2020 is a lost year.” features in the announcement.

Finally, Jumbo concludes: “The Management of the Group constantly evaluates the situation and the possible effects, and takes all the necessary measures to maintain the viability of the Group and the Company and to minimize the impact on their activities in the current business and financial environment. “Maintaining an economic model with restraining operating costs, adjusting product purchasing policy and resuming sales with the reopening of stores are factors that will strengthen this effort.”

Of course, because many people with this Jumbo disaster have been exposed without gifts and toys for their own people, Youweekly.gr revealed to you a few hours ago a shocking toy store with extremely low prices!