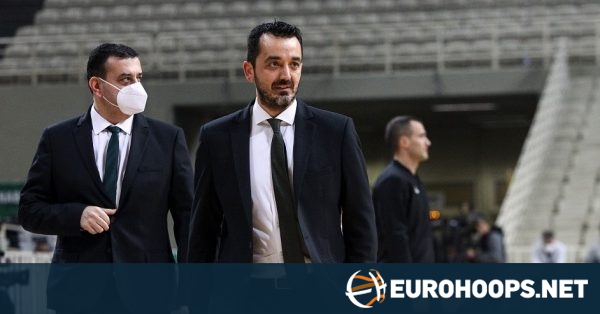 Giorgos Vovoras spoke after the defeat of Panathinaikos from Real in OAKA (93-97), stating that there are elements that he wants to keep from the match, despite the negative result.

He did not give details about the injury of Selvin Mack, while he revealed that the first thing he thought after the end was the buzzer beater of Rudy Fernandez in the game of 2019 (28/3), when the Spaniards had won 73-74.

Lasso: “We were lucky to stay in the race”

Detailed what the coach of Panathinaikos said:

“It was a match with great intensity and we lost the opportunity to get a big victory. We said that the most important thing is to be in control, because if Real scores over 80, then it will be difficult. But at this point, we got a good score, we were in control almost throughout the match, but some details were not in our favor in the end for the victory.

What I told the kids is that the Euroleague does not let you think about the match. Because we have another important match. We have to keep the mentality, the mood and the energy. Many times I do not want the most important, but we are a team that is being built and we must continue with this pattern.

We are a new team, but there is motivation. The must is different when you play for example with Zalgiris inside. It takes time and miles to build a healthy whole, we are on the right track, but opportunities are lost. We are wronging ourselves, when we manage the right and I want it the wrong way on the floor “

For thoughts after the match: “When the match was over and I was going to the locker room, I thought of Rudy’s three-pointer 2 years ago (28/3/19) in the last seconds. It’s hard. With the world we would have an extra boost. But so is the Euroleague. In 48 hours, we will talk about another match. we have to keep what we lost to Real in the details and the mood and the plan we have to show in other matches. This is the Euroleague, but we have to get better and the hard work on the floor shows the whole team “.

For Mac: “It is early. The picture will be clearer tomorrow “.

Panathinaikos-Real: The last phase before the extra time & the controversial whistles after (videos)

Nedovic – Papapetrou: The leaders of Panathinaikos bowed to the “Queen”! (videos)

Abalde: Real’s next big thing was the utch clutch in OAKA extensions! (video)