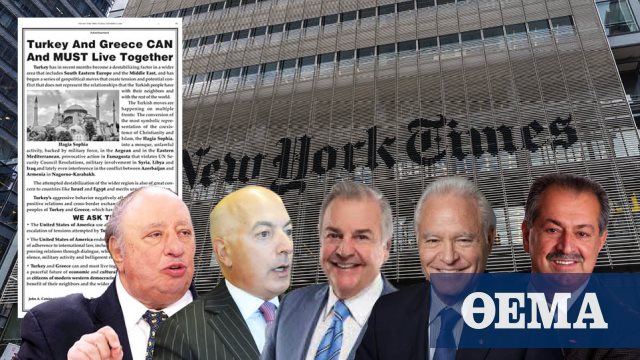 In recent months, Turkey has become a destabilizing factor in a wider region that includes the Southeast Europe and the Middle East, and a series of geopolitical movements have begun that cause tension and possible conflicts, something that does not represent the relations that the Turkish people have with their neighbors and the rest of the world.

Turkish movements take place on multiple fronts: the transformation of the most representative symbol of the coexistence of Christianity with Islam, the Hagia Sophia into a mosque, illegal activities, supported by military force in the Aegean and the Eastern Mediterranean, provocative movements in the violate UN Security Council resolutions, military involvement in Syria, Libya and Iraq, and recent involvement in the conflict between Azerbaijan and Armenia in Nagorno-Karabakh.

Her aggressive behavior Turkey negatively affects and undermines the positive relations and cross-border contacts between the peoples of Turkey and Greece that have great prospects.

– The United States to use all available means to prevent the escalation of tensions Turkey.

– The United States to support Greece’s commitment to international law, including the Law of the Sea, and to improving relations through dialogue, while helping to avoid threats of violence, military activity and war rhetoric.

– Turkey and Greece can and must live together. Their peoples deserve a peaceful future with economic and cultural relations and cooperation as citizens of modern western democracies. This, after all, will be to the benefit of the neighbors and the wider area.