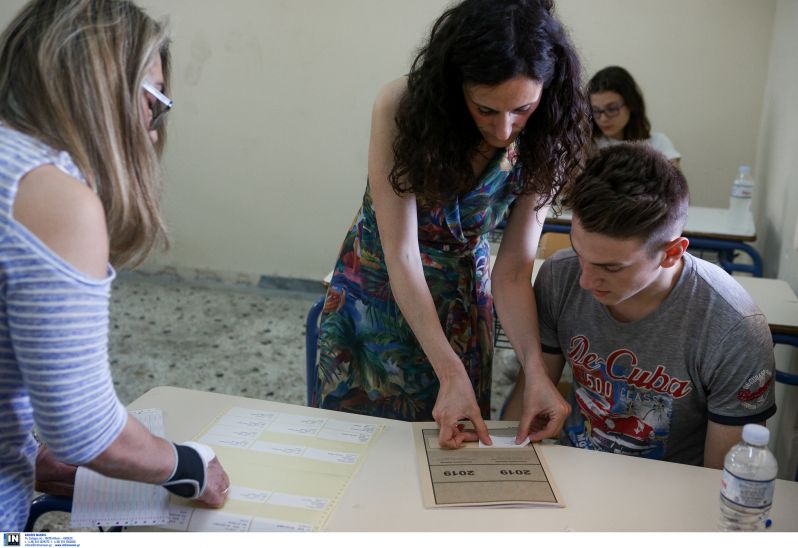 The proposals of the Ministry of Education for changes in the system of admission to higher education and for the enhancement of the security of the universities, were presented by the Minister of Education, Niki Kerameos, at the extraordinary Synod of Rectors.

In particular, Ms. Kerameos presented the proposals of the ministry, with the aim of exchanging views and incorporating the comments of the rectors in the planned arrangements, as well as the preparation of further discussion at the Summit.

It is worth noting that the ministry’s proposals regarding the changes in the system of admission to higher education were unanimously supported by the rectors and will be further discussed at their forthcoming Synod next Friday.

Regarding the proposals for strengthening security in universities, according to the ministry, it was agreed that additional measures should be taken and various views were heard on practical issues, which will also be discussed at the Synod of Rectors.

Proposals for changes in admission to higher education

Institutionalization of a minimum admission base by each university department as a percentage of the average average performance of all candidates in all courses (M1, M2, M3, M4) of the scientific field to which the department corresponds.

According to the ministry, in this way “the academic conditions of successful study and the timely completion of studies are ensured, the autonomy of the universities is strengthened and the possibility of each department to shape its academic profile.

In addition, according to the ministry, “the prestige of university studies is shielded, the admission base is shielded from the ease or difficulty of the subjects and the rate of non-completion of studies is reduced”.

Phase A: Completion of the computerized form with a limited number of options (as opposed to the unlimited number that is valid today). Phase B: follows the announcement of the successful candidates of Phase A, only those who were not admitted during Phase A participate and their options are limited to those sections that remain vacant from Phase A.

As the ministry noted, the above is proposed in order to give “greater emphasis to the expressed preference of candidates in a university admission department”. The aim is “to encourage conscious choices in completing the computerized form, to reduce the number of successful students in a ‘random’ choice school, to improve the quality of studies with the participation of students who choose these departments in a targeted way, to reduce the need for transfers”.

The above proposals do not “in any way” affect the preparation of students for the national exams “as the changes do not concern the courses to be examined, the material, or anything related to their preparation […] They only concern their classification in the schools of their choice, after they have completed the examinations. “Among the goals is not to repeat the phenomenon observed in many recent years, with cases of extremely low admission bases, which threaten to devalue university studies and the prestige of Greek universities, but also the student course of those admitted,” the ministry said. Education.

Suggestions regarding safety in universities

As it is already known, the further strengthening of the security of universities is based on the following measures:

Establishment of a special Protection Team of the University Institution, which will consist of officers and special guards of the Greek Police,

Establishment of structures and expansion of security measures at the university, such as controlled entry systems,

-Strengthening provisions of disciplinary and criminal law, and establishing an integrated framework, in cooperation with the Ministry of Justice.

The goal for the Ministry of Education is to “improve the academic environment, a space for the free flow of ideas, the smooth conduct of research and teaching.”