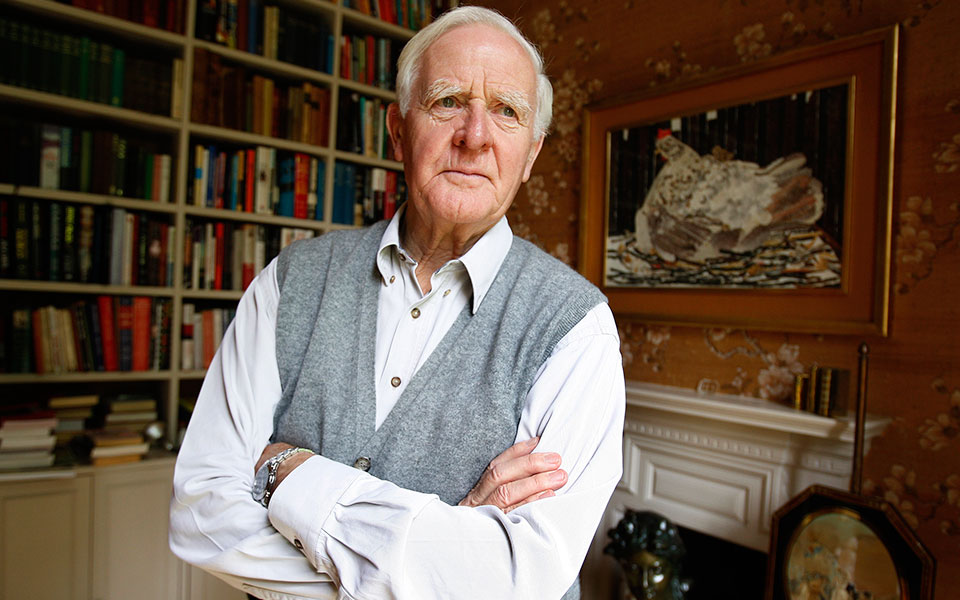 “There was never a summer when I did not read one of his books,” former Minister Dora Bakoyannis told “K” about John le Carré. “They were fascinating readings, and he had a very specific view of his time,” he notes.
The books of the great author who passed away last Sunday reached an audience of all levels and levels. Not only because his stories were surrounded by an atmosphere of mystery, but because at their core they had man and his oscillations.

His gaze was “without blinders and prejudices”, as former minister Euclid Tsakalotos says. “For me, Le Carré showed how the Cold War distorted the values ​​espoused by both sides, a dark period dominated by cynicism and the devaluation of any visions,” he said.

The writing of John Le Carré also caught the attention of former Minister Andreas Loverdou, who later joined the Norwegian metro camp of the detective novel Joe Nesbo. “Le Carré’s writing is the beginning of this genre. I was surprised to learn of his death. “I remembered my summer readings,” he tells us.

It was not easy to convince that the secret agents looked less like the clumsy James Bond and perhaps more like the euphoric, binocular and low self-esteem George Smiley, but for many it was the contrasts in his heroes that made Le Carré’s work unique.

Former SYRIZA MP and associate professor at NTUA Dimitris Sevastakis got to know the work of John Le Carre through Smiley and thanks to the acting ability of Gary Oldman in the film “The lot fell on Smiley”, directed by Thomas Alfren. “John le Carré got away from character building and went into the human. He saw the other side, he did not have the rigidity of Agatha Christie’s heroes. “His heroes were quite vulnerable, full of hesitations,” he notes.

There were many who believed that the end of the Cold War would mean the end of their spies and writers, but this did not happen in the case of Le Carré, who in his latest book “An Honest Man” (published by Bell) against Brexit and Donald Trump. “I believe that he was a deep democrat and therefore a Europeanist, without losing his Britishness”, adds Mr. Sevastakis.