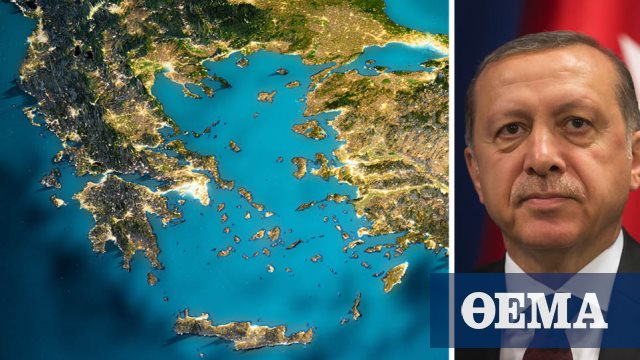 THE Turkey constantly and in every way challenges our country. A key element in its challenges, as it wrote very aptly on 7/12/2020 protothema.gr, is the fake news. In this article, reference is made to a video message of Tayyip Erdogan in a university workshop in Turkey where, among other things, he said the following: “Turkey, the country with the largest coastline in the Mediterranean, cannot follow developments… from the podium.”

In the same article, an idiotic answer was given to Turkish president, as it presented data from the “The World Factbook»Of CIA, according to which Greece has a coastline of 13,676 km, while Turkey has 7,200 km! That is, our country has almost twice the coastline of Turkey.

Looking for more information, we found that a global, non-profit organization, the World Resources Institute, founded in 1982 with funding from the MacArthur Foundation under the leadership of James Gustave Speth, topped the list of coastlines around the world. states that Greece has a coastline of 15,147 km and Turkey 8,140 km. We quote the relevant table (source: WIKIPEDIA). In it, you will see the coastlines of many other countries on the planet.

For the length of the Greek coast, however, we found data from another source. The rare book “ISLAND OF THE INHABITED GREEK ISLANDS», Of the islandologist Georgiou K. Giagaki, published in 1995. Georgios K. Giagakis, dealt with the Greek islands for an unsuspecting period of time (which he calls island territories, while he considers the terms islet, rocky islet, etc. incorrect), even with some almost unknown ones in the 80s – ’90, emphasizing the value of some of them, such as e.g. Zourafa, which 25-30 years ago, was probably known only to the inhabitants of Samothrace.

On page 69 of this valuable book, George K. Giaggakis, lists the length of the coastline of each prefecture of our country, based on the measurements of the Hydrographic Service of the Navy. According to the relevant table, the Greek coasts are 16,596.83 km long, therefore they are more than twice as long as the Turkish ones. On the same page (TABLE 41), George K. Giagakis, lists the number of maritime island territories per prefecture.

From this, it results that, in total, the Greek island territories (islands), are 9,835 (Source: Hydrographic Service PN). Three coastal prefectures (Imathia, Serres and Arcadia) do not have island territories.

Therefore, from three different sources it appears that our country has almost twice the coastline of Turkey and the largest coastline in the Mediterranean.

“Gathering” … as a family: How to celebrate – “Window” of relaxation after January 7

Turkish consul demands back computer and mobile phone of 35-year-old spy who were confiscated!