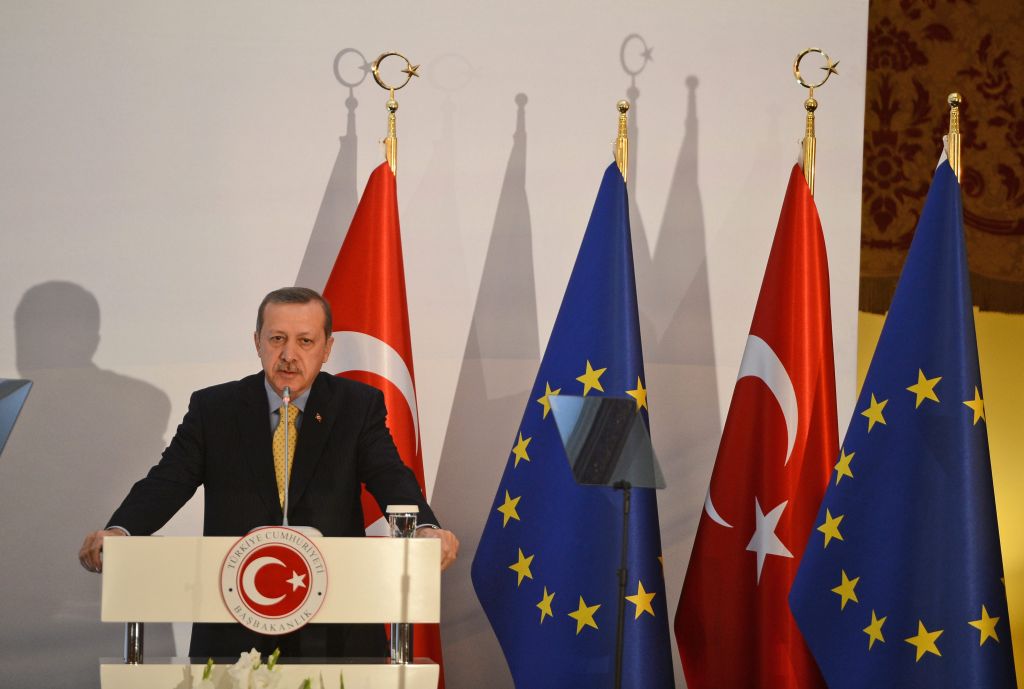 With the European Council of 10 December being a landmark only an indication of the European Union’s indecision to put a final brake on Turkish provocation in the Eastern Mediterranean, Erdogan seems to be seeking a “helping hand” for Europeans after the chills from US sanctions.

The sanctions may be relatively mild, not enough to bring Turkey to its knees, but they do deal a blow and at the same time send a negative signal to the financial markets about the vulnerability of the fragile Turkish economy. Undoubtedly, they are tarnishing the reputation of Tayyip Erdogan, who is trying in various ways to win the favor of the new US government, starting with the rapprochement with Israel.

As the first moves show, Ankara is turning to the EU in order to escape the uncertainty caused by Washington’s decision to impose sanctions on the purchase of Russia’s S-400 missile system. Indicative of this, the phone call that the Turkish president hurried to make to the President of the European Council, Charles Michel.

According to Erdogan, the immigration pact signed in 2016 between Turkey and the EU could be the starting point for creating a more “positive” climate.

At the same time, while neighboring officials continue to launch attacks on Athens on a daily basis, the Turkish president reiterated Ankara’s readiness for exploratory talks with Greece, claiming that the Greek side is constantly avoiding negotiations.

He did not fail to speak about the legitimacy of Turkey’s policy in the Eastern Mediterranean, arguing that the Turkish side is always making the necessary efforts for a fair, lasting and sustainable solution in the region. “We hope that the EU will adopt a constructive and prudent attitude towards Turkey,” he concluded, addressing the European official.

Part of the problem

Of course, one should not forget that Turkey, with its attitude so far, is part of the problem and not the solution in relation to Greece and the European Union in general.

After all, similar contacts and negotiations with the Europeans have taken place in the past, with Ankara breaking any of its promises before their ink dries. As happened a few hours ago with the NOTAM version, with which engages strategic points throughout the Eastern Aegean for the exercise of the Air Force from January 4 to February 24.

This is because he perceives the “de-escalation” differently, considering that the withdrawal for maintenance of Oruc Reis is enough to pave the way for talks, while he tries to trap Athens by investing in the vague image that exists in Brussels for Greek-Turkish. It remains, therefore, to see in practice the good intentions of the neighbor and whether they are not a “firework” in order to blur the image, with the first samples of writing not being auspicious for positive developments.

The attitude of Athens

However, Athens says it is ready to sit at the negotiating table at any time, provided the provocations and violations stop.

“Our position has not changed: the challenges stop, the discussions begin. I have said ten times that ‘sanctions are not an end in themselves’. Our position is to restore a channel of communication with Turkey and to drop the tone. The threat of sanctions could lead Turkey to change its behavior. “It is the only policy that can yield substantial fruits for our country,” said the Prime Minister, Kyriakos Mitsotakis, from the floor of Parliament.

He added that the text of the European Council insists on the immediate resumption of exploratory contacts for the delimitation of the continental shelf and the EEZ in the Aegean and Eastern Mediterranean, as agreed in previous Council conclusions and always from the point where these contacts stopped in 2016.

“There is an opportunity for Turkey to prove that it means de-escalation. Behold a shining field of glory! Because Turkey is facing for the first time the threat of sanctions against individuals and entities for illegal activities. We did not have it in October, now we have secured it. We did not change position. Turkey realizes that the pressure is increasing and I hope it will change its behavior. “We are ready to discuss only one issue that concerns us and if we do not agree, then we will see how we will go to the Hague tribunal and resolve the backlog that is bothering us,” he noted.