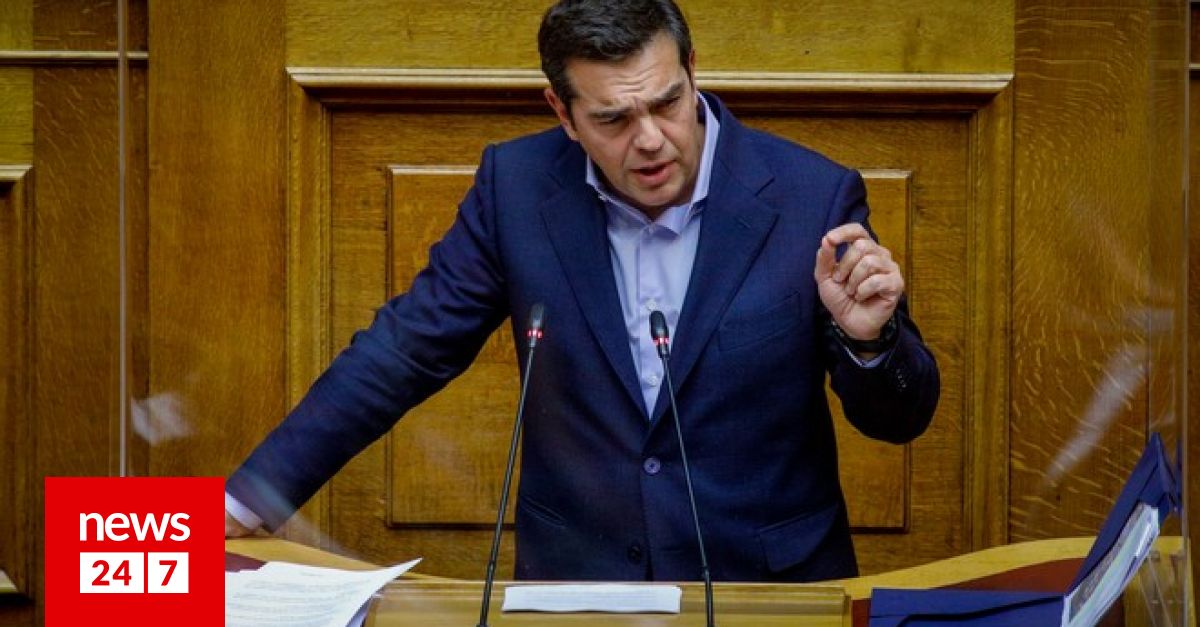 The government and the prime minister are operating “carefree” at the same time that the policies for dealing with the pandemic and the economic crisis are failing, SYRIZA President Alexis Tsipras said during his speech at the budget debate. He even made a personal attack on the prime minister for ignorance of how workers and professionals live.

Alexis Tsipras noted that from America to Europe there is a discussion about “another fair and sustainable model” and this “they say very simply because the bill does not come out”. Instead you pointed out “you bring a budget that brings 527 million euros less for public health. If this is not obsession and ideology, what can it be?”

Alexis Tsipras accused K. Mitsotakis, noting that “you broke the lockdown, in a moment of carelessness as you told us, in Parnitha, you did not even think to apologize. It would be so simple. An apology. I take responsibility. You just ran to the phone on the channels for not showing a photo “. Alexis Tsipras continued to personally criticize the prime minister. As he said “if I accuse Mr. Mitsotakis of irresponsibility, I also accuse him of lack of understanding”. He noted that “I heard him speak and say that there are some of our fellow citizens who are dependent on their salary. To say that he is very optimistic because with the pandemic the Greeks can not spend and save. Which country rules? Greece or Luxembourg? “. He noted that citizens “are dependent on their unemployment and inability to access an income” while “the salary and pension they receive are not for savings, they are spent in the first 20 days of the month”.

He also referred to the government’s predictions since the beginning of the pandemic. As the president of SYRIZA said “in the beginning you told us that the whole of Europe will have a recession and Greece will have marginal growth” “that the course of the pandemic will be the English letter V” and “that the recovery of 2021 will be greater than the recession of 2020. Finally we had the biggest recession from all over Europe in the 3rd quarter “. “Your predictions were but instead of others” said Alexis Tsipras “you predicted that Greece will have a recession of 4%” contrary to what the European organizations said. He noted that “it is not possible for the Commission to predict May logically and you to be out of place and time”. Referring to 2020, he pointed out “10.5% recession is a disaster, it is not a number” comparing it with the years of the memorandum. He even pointed out that the government invokes the pandemic but “there is a pandemic all over Europe, but Greece is a tail” and “this is not a natural phenomenon. It is our failure”.

The president of SYRIZA said that the current failure of the government “is a time bomb for tomorrow”. He noted that “the infamous markets, no matter how well you shape them, will start to look at the debt-to-GDP ratio. “. Indicatively, he stated that “you have possibilities that no other government of the country had since the country’s entry into the Euro”. He spoke of the “37 billion euro cushion” and “a regulated debt” as well as “the suspension of the stability pact. You do not justify being the last in Europe in spending”.

Alexis Tsipras stressed that “we rang the alarm bell in time and pointed out a forward-looking program” that had “targeted support costs” and that “by using the pillow”. “Where are these 24 billion that you say you threw in the market?” the president of SYRIZA wondered, saying that “24 billion and general suffocation in the market is not possible”. He said that “workers in our country are suffering the 3rd largest decrease in income in Europe after the measures you have implemented”. He even added that “on the holidays there is a new catastrophe, unless you believe that the click away patent can save the situation”. He even noted that “you were elected in the name of the middle class and you rule in the name of the big ones”.

The president of SYRIZA submitted concrete proposals saying: “Support public health, proceed with 15,000 recruitments”. He noted that “political leaders will set an example in vaccination. But I wish the pandemic would end there.” He stressed that “prescribing tests is a critical issue” and called on the government to take concrete measures: “Give a Christmas present to all employees at public expense, proceed with our emergency proposal”, institute work subsidy measures and not “It also called for a” brave settlement of the private debt by cutting off a significant part of the original debt “. As Alexis Tsipras pointed out,” do not say that these are not being done. “In emergencies there are emergency measures.”

Read the News from Greece and the world, with the reliability and validity of News247.gr