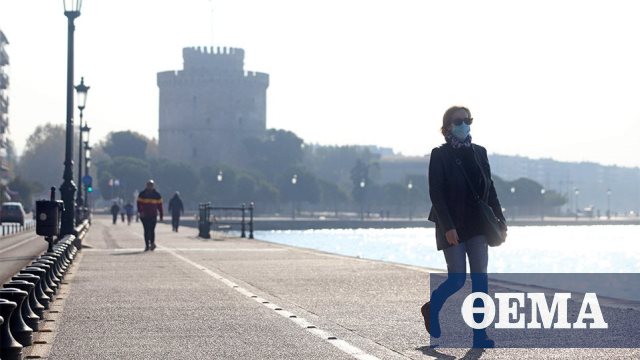 Reduced by about 20%, on a weekly basis, is the viral load in the wastewater of the urban complex Thessaloniki, according to research conducted by his interdisciplinary team AUTH in collaboration with ΕΥΑΘ.

The multiparametric environmental rationalization of the measurements, completed today for the samples taken from the sewage on 9, 11 and 14/12 shows that in relation to the corresponding calculation, made last Wednesday, the concentration of its genome SARS-CoV-2 in urban wastewater is still declining, but at a slower pace, tending to stabilize the epidemiological picture.

“There is a slowdown in the rate of viral load reduction in wastewater. This is not paradoxical, as we move to lower levels, the rate of decline slows down. We would not expect a sharp de-escalation “, stated to APE-MPE the rector of AUTh and head of the research team, prof. Nikos Papaioannou, clarifying how “In any case, the findings contribute to what we have been saying and repeating for weeks, that the situation does not allow for complacency and laxity in adhering to the measures, as we have not yet escaped the risk of a new outbreak of the virus in the community.”

The coronavirus assessment methodology in municipal waste, developed by the AUTh team, streamlines the measurements of virus genome concentration based on 24 environmental factors, which may alter the results of the measurements.