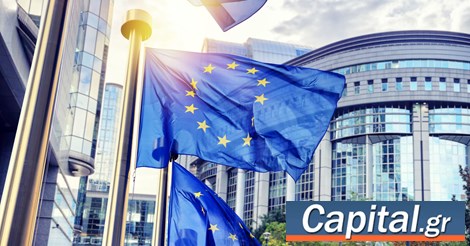 The creation of national bad banks and the development of NPLs secondary markets with the help of the establishment of a European data node are among the key actions proposed by the European Commission in the plan to tackle the problem of red loans of European banks presented today. The Commission will help countries that want to set up a national bad bank, which could lead to the creation of a pan-European network of asset management companies, while opposing the creation of a pan-European bad bank. The proposed strategy, which includes policy actions in the context of restructuring, insolvency and debt recovery (in addition to out-of-court recovery of guarantees), aims to ensure that EU households and businesses continue to have access to the funding they need. throughout the crisis.

According to the Commission, banks can play a key role in mitigating the effects of the pandemic crisis by maintaining the financing of the economy. This is the key to supporting the EU economic recovery. Given the impact of the coronavirus on the EU economy, the volume of NPLs is expected to increase across the EU, although the timing and magnitude of this increase is still uncertain. Depending on how quickly the EU economy recovers from the crisis, the quality of banks’ assets – and in turn, their lending capacity – could deteriorate.

It is noted that the head of the SSM, Andre Enria has warned that in a serious but reasonable scenario, non-performing loans in the banks of the eurozone could reach 1.4 trillion. much higher than the levels of the 2008 financial crisis.

As Valdis Dobrowski, Executive Vice President of the Commission, said during the presentation of the plan, history shows that it is better to deal with non-performing loans early and decisively, especially if we want banks to continue to support businesses and households. That is why, as he stressed, the Commission is now taking precautionary and coordinated action. The current strategy will contribute to the rapid and sustainable recovery of Europe, helping banks to “get rid” of these loans from their balance sheets and maintain the flow of credit.

For her part, the new Commissioner of Financial Services, Irish Mared McGuinness, who is in charge of the whole venture, stressed that many businesses and households have been under significant financial pressure due to the pandemic. Ensuring that European citizens and businesses continue to receive support from their banks is a top priority for the Commission. “Today we are proposing a series of measures which, while ensuring the protection of the borrower, can help prevent the rise of NPLs like the one we saw after the last financial crisis,” she added.

The actions and the four objectives of the plan

In order to provide Member States and the financial sector with the tools they need to tackle the rise in non-performing loans in a timely manner, the Commission proposes a series of actions with four main objectives:

1) Further development of the secondary markets of NPLs: This will allow banks to “get rid” of NPLs from their balance sheets, while ensuring further enhancement of borrower protection. A key step in this process is the adoption of the Commission proposal for credit managers and purchasers, which is currently being discussed by the European Parliament and the Council. These rules will strengthen the protection of borrowers in the secondary markets

The committee Recommends the creation of a central electronic data hub at EU level in order to enhance market transparency. Such a node would act as a data “repository” to support the NPL market to enable a better exchange of information between all stakeholders (credit sellers, credit buyers, credit managers, asset management companies (AMC) and private NPL platforms). so that NPLs are handled effectively. Following a public consultation, the Commission will explore several alternatives to setting up a data hub at European level and determine the best strategy. One option could be to create the data node by extending the jurisdiction of the existing European DataWarehouse (ED).

2) Reform of EU legislation on insolvency and debt recovery: This will help converge the various bankruptcy frameworks across the EU while maintaining high standards of consumer protection. Convergence will increase legal certainty and accelerate the recovery of value for the benefit of both the creditor and the debtor. The Commission calls on Parliament and the Council to reach swift agreement on the legislative proposal for minimum harmonization rules on expedited forensic enforcement (AECE) proposed by the Commission in 2018.

3) Support the establishment and cooperation of national asset management companies (AMC), ie national bad banks, at EU level: Asset management companies are vehicles that provide relief to banks by allowing them to remove NPLs from their balance sheets. This helps banks refocus on lending to viable companies and households instead of managing NPLs. The Commission stands ready to support Member States in setting up national AMCs – if they so wish – and will explore how cooperation could be strengthened by setting up an EU national AMC network.

While national bad banks are valuable because they benefit from domestic expertise, an EU network of national AMCs could enable national entities to exchange best practices, impose data and transparency standards, and better coordinate actions. The AMC network could also use the central data hub to coordinate and co-operate the national bad banks with each other in order to exchange information on investors, debtors and managers. Access to information in NPL markets will require compliance with all relevant debt protection data rules.

4) Preventive measures: While the EU banking sector as a whole is in a much healthier position than after the financial crisis, Member States still have different “answers” on the economic policy front. Given the specific circumstances of the current health crisis, the authorities have the potential to implement precautionary public support measures, where necessary, to ensure continued financing of the real economy under the EU Banks Recovery and Consolidation Directive and the state aid frameworks.

It is noted that the Commission does not favor the creation of a pan-European bad bank as many factors would make it difficult such an endeavor. These include the diversity of NPL portfolios between Member States and the different national rules on restructuring, insolvency and guarantee. The cost of setting up a European Asset Management Company (AMC) could also be very high.

However, national AMCs could play an important role in the overall strategy to address the expected increase in NPLs due to COVID-19. Properly designed and accompanied by policy support measures, national bad banks can make a significant contribution to Member States’ efforts to meet the challenge of NPLs, while also gaining benefits at the level of the national financial system. In addition, significant synergies could be achieved if a large number of Member States set up bad banks.