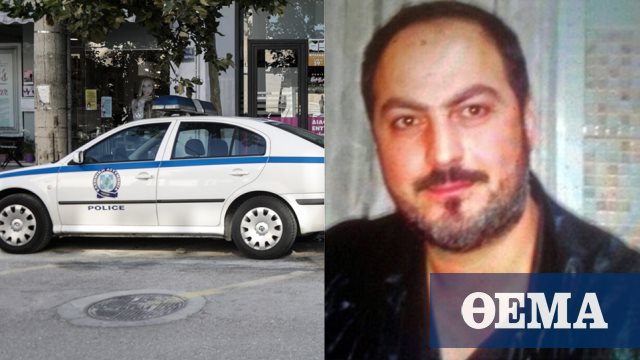 The mother of the unfortunate businessman George Grigoriadis, who disappeared on his birthday on December 12 from the Tuzla area of ​​Kavala and was found dead earlier on Wednesday in the area of Nigritas of Serres, can not believe that her 42-year-old son is dead.

The last time Mrs. Grigoriadis spoke with her child was on Saturday morning. As she tells us, her son had a job and maybe because of his birthday, he would go out in the afternoon with a few friends to have fun.

“My child was working that day and it was his birthday… He wanted to go somewhere to have fun, it was Saturday, December 12 and he was going to find friends. They were not friends, they were snakes… I can not know who they were with because I live in Drama while my child in Touzla, beach Ofryniou. He was left alone. “I can not know who he was with and with whom he went out,” he underlined.

According to the mother of the murdered 42-year-old, her son was a straightforward, honest and correct professional who everyone loved. Serva and had a child with her. At the same time, he was looking forward to the end of the lockdown to go and see them.

“I have never heard anyone say bad things about my George .. Everyone loved him even in the jobs he got he sat for more hours and gave his best. “I have notified his wife νε He was waiting for the lockdown to end so that he could go to Serbia to see them,” he told protothema.gr. The mother begs the Police to find the perpetrators who killed her beloved son and even from behind.

“I do not know what to do, who did so much harm to my child? May the Police find the murderers because I will die of my misery. Let the police find the killers and ask them why they killed my child in the back. They were afraid to go in front of him because he was a Levantine and killed him in the back. “My child did not have an accident, he did not fall and he did not get sick, he was killed in cold blood by the killers,” he said characteristically.

The chronicle of the disappearance of the 42-year-old businessman

In a rural area between Amphipolis and Nigrita The car of a 42-year-old businessman, whose traces have been unknown since Saturday, December 12, was found on Wednesday afternoon.

A few kilometers away from the car was found the body of a man, hitherto unknown, which the police authorities and the medical examiner are examining if it is the 43-year-old. According to kavalanews.gr, the man died of violent death after a blind back injury with a blunt object.

Police forces from Kavala and Serres rushed to the area. The traces of the 42-year-old disappeared on Saturday afternoon, his birthday. His parents and relatives became concerned when he did not answer the phones and messages and called the police.

Shock from the forensic report for the 42-year-old businessman – “He was hit in the back!”

The findings of the medical examiner Mina Georgiadis so far, who made the first examination of the body, which is said to belong to the 42-year-old businessman, Giorgos Grigoriadis, are creepy.

“It is a violent death. “There was a hemorrhagic shock due to an injury in the intervertebral disc,” the medical examiner told protothema.gr According to information, the victim was hit in the back, while so far it seems that it is a pure homicide. The same sources from the area report that the murder took place with a blunt object.

Merkel: Turkey is provoking in the Mediterranean, we have increased the list of sanctions

Special purpose compensation: When will the payment be made to the beneficiaries