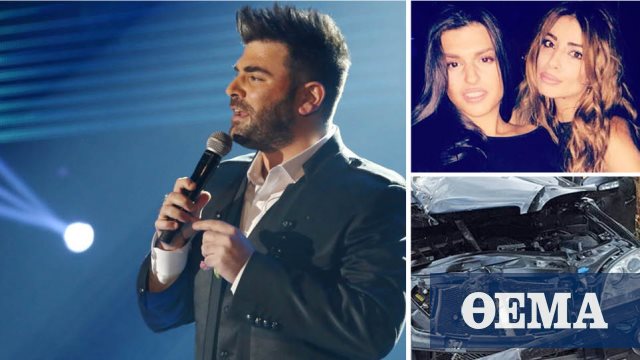 Memoirs in which they give their own version of things about what exactly happened the fateful dawn of February 18, 2016, insisting that the driver was Pantelis Pantelidis, were submitted by the two girls who are central figures in the case of the singer, after the new developments on the part of the Pantelidis family and the addition of a witness statement claiming that he saw the singer board the fatal beastly Mercedes and sit in the passenger seat.

A testimony of a 50-year-old waiter gives, according to the singer’s side, a new dimension to the case.

THE Froso Kyriakou and the Mina Arnaouti through their lawyers Christos Asprou and Ioannis Kolettis, submitted their memos to the Criminal Court this morning and then the case file will be forwarded to the prosecutor, in order to study it and decide what exactly will happen. That is, whether the prosecution will refer the case to the court or will be put on file.

The official information from the lawyers of Kyriakos – Arnaoutis, states:

“As attorneys of Messrs. EFROSYNIS KYRIAKOU and MYRSINIS ARNAOUTIS, we are obliged to issue this press release due to the new publicity it received in the last days, the car accident of 18/2/2016, with the issuance of a press release by the attorneys’ attorney, the appearance on TV broadcasts of the same and the general publication of the Subject with articles and comments in the written and electronic press.

It is known that the Athens Prosecutor’s Office, and subsequently the Athens Appellate Prosecutor’s Office, had rejected the complaint of our plaintiffs against us, concluding that the driver of the car was Pantelis Pantelidis. The CC Prosecutors came to this conclusion, evaluating all the evidence of the case file, including all the evidence submitted by our plaintiffs, including the private opinions of all their technical advisers, including the genetic material evaluation report. K. FITSIALOU.
Therefore, reproduction by the media, new data on DNA, etc. are NOT new data.

The above witness was NOT confirmed by any other legal testimony and was sued by our principals, as was sued by another witness, who reconstructed his recent affidavit from 3/12/2020 to the Athens Magistrates’ Court, by drawing up a responsible statement. , which was operated on in K. Paismatodiki, by the attorney-at-law of the accusers, just one day before the set initial date for the submission of our explanatory documents. The above witness was also sued.

The case file is being forwarded today to the Athens Prosecutor’s Office for further processing.

Both we and our clients do not want us to appear in the media at the moment, nor to conduct television trials through the preliminary examination.

The Attorneys at Law