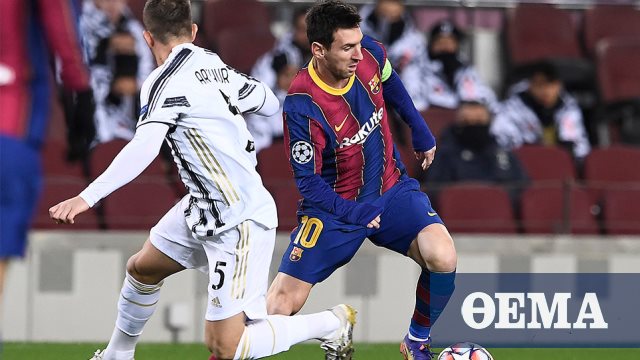 With a sudden movement the MEGA entered the process sale of television rights of the world ‘s top intercollegiate football event, at Champions League.

After three years, Greek viewers will be able to watch tthe program of the Champions League and on a free channel, through its frequency MEGA. According to information, the Greek fans will be coordinated Wednesday night football nights, with European stadiums to watch the Champions League matches, starting from the 2021-2022 season, and for three years. It goes without saying that if the Olympic has been drawn to compete on Wednesday, then the match will be broadcast by MEGA.

MEGA will broadcast live the top match of the night and in a special program, the highlights of all the other races on Wednesday and Tuesday. A spectacular show from 9 pm with all the action from the stadiums and the stamp of the TV station, which has been intertwined with the top football event for 17 years, since its inception in 1993.

The crowning achievement of the agreement will be the broadcast by MEGA of all three finals of the tournament: at May 28, 2022 from St. Petersburg, in May 2023 from the Allianz Arena of Munich and the May 2024 from Wembley of London.

Before each match, there will be the UEFA pregame show for the event. also Mega will broadcast all three UEFA SUPER CUP finals every year, starting in the summer of 2021.

This move of his K. Vangelis Marinakis is coming to put MEGA back on top of free-to-air channels, in sports and beyond, and is expected to significantly enhance the channel’s effort to acquire even higher ratings. Of course all his games Champions League will continue to be broadcast on its subscription platform COSMOTE TV, which as firstmoney.gr first revealed, got the rights for the next years as well.

George Papadogambros: He signed in the final of GNTM 3

Russia vs. US: Sanctions in Ankara show incompetence for unfair competition