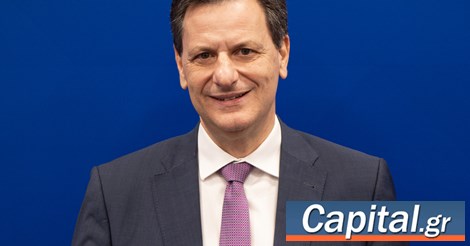 No burden will arise in ENFIA 2021 for taxpayers due to the ongoing updating of fair values ​​in real estate, notes the Deputy Minister of Finance Mr. Theodoros Skylakakis in his interview with Capital.gr a few hours after the Parliament votes on the budget for next year. He clarifies that this will be done by reducing real estate tax rates.

He announced the start of the Recovery Fund works from the first months of 2021 and stressed that there is no risk of the country sinking into a new debt crisis due to increased government spending during the pandemic. He notes that the current increased costs will be covered in the future by increased tax revenues, which, however, are planned to result from growth and not new taxes. On the contrary, he emphasizes that the goal is to perpetuate the extraordinary tax cuts included in the new budget.

In addition, it announces a new generation of measures to support the economy, businesses and households.

– Minister, the second lockdown is extended affecting the market and economic activity. Based on the developments, in which scenario is the economy moving? For better or for worse?

The extension of the lockdown is causing additional problems for businesses and incomes, which the government has to deal with, thus worsening fiscal indicators. We had significantly included this in the forecasts for 2020, since we had included the lockdown scenario for part of December. Developments in 2021 from what is happening today are not going to change significantly. What will happen in the first months of 2021 we have already included.

The key uncertainty, which inevitably remains, is what will happen to the pandemic once vaccinations begin early next year. At what speed will they act as a bulwark against the pandemic, not only through the so-called “herd immunity”, but also through the protection of the elderly and other vulnerable groups, who will have priority in vaccination.

The government has spent a significant amount of money to support the market, businesses and households to cope with the effects of the pandemic. Can these costs pose a risk to public finances?

No, until today we have moved with prudence and wisdom and as you can see the country is covered by the European Central Bank until (much at least) in 2022. Exactly because we have moved with moderation and plan. But the fact that in such a crisis an economy like the Greek one, which has a very large public debt, is moving on a tightrope remains. Like the self-evident economic finding that current expenses will have to be paid from our future tax revenues at some point in the future. We plan to achieve this without burdening society and the economy, by accelerating growth and proper investment of Recovery Fund resources, which by mobilizing significant private resources, we plan to increase investment in the country by 45-50 billion euros in the next six years . But our course, especially in the coming months, requires reflection and attention. The endurance of all of us is tested in the coming months, until we finally defeat the pandemic.

– The markets with the help of the European Central Bank are extremely friendly to Greece and the Greek lending program. For the next day of the pandemic, fears are already expressed about the risk of a new sovereign debt crisis. How real is this risk especially for Greece, which has one of the highest government debt ratios in the eurozone?

Our involvement in the eurozone and the prudence with which we manage our fiscal affairs safeguard us against this possibility.

– Can we expect the continuation of market support measures in January? Will they be enriched and how?

The measures we are already implementing will be enriched with criteria that will seek to strengthen the companies that have been most affected and whose jobs are at risk, but also those -mainly medium- that have reached the state aid threshold or by their nature have not been covered. sufficient of the tools we have used so far, based on the relevant special COVID regulation we used in the refund. The Commission has adopted a new regulation which we are studying, with the aim of utilizing it, which is based on the fixed costs of companies, with specific specific characteristics.

– Will the tax reduction measures that have been adopted on an ad hoc basis for 2021 be made permanent?

This is our program and our goal. But we will need to look at the fiscal and macroeconomic developments that will take place. The road to the 2022 budget is still a long way off.

– How ready is the Ministry of Finance to start the implementation of the Recovery Fund?

Having the special responsibility of coordinating the Recovery Fund, I must tell you that we have submitted a comprehensive and mature plan and we were one of the first in Europe to do so. Something that I did not mention first, but the officials of the European Commission responsible for the Greek program who spoke a few days ago at the relevant online conference of the Economist. During the intervening period, the discussion with the ministers, the members of the Steering Committee of the Fund and the officials of the Committee has proceeded at a very fast pace, in meetings that take place twice a week and then in technical meetings. So we are moving fast because this plan is extremely complex, complex and demanding and we should not waste a single moment.

– When do you expect the Recovery Fund money to start flowing into the country?

The money will come in cash in the middle of next year, but the expenses and projects will start from the beginning of the year at our own risk, introducing projects and programs in the National Public Investment Program, which we have submitted for approval to the Recovery Fund and we estimate that they have a high probability of being included in it. The goal is in the next six months to have started projects and programs of a corresponding amount at least with the advance payment of 1.6 billion that we will receive in the middle of the year.

– The Pissaridis Commission envisages a network of interventions to make the economy more competitive. To what extent will the recommendations be implemented?

To give you an idea, only the reform plan we have submitted to the Recovery Fund (which is only part of the government’s reform program) covers 74% of the Pissaridis Commission’s proposals.

– When will the fair values ​​in real estate be updated and what does the update mean for ENFIA 2021?

It means restoring justice by using the real values ​​of real estate (or at least the best approach we can achieve in relation to real values) in almost the whole country, but without additional increase in tax revenues, but at the same time reducing its rates. tax, so that we have a neutral overall budgetary result.

– Thousands of companies, according to many analysts, will not survive because of the pandemic legacy. How will you support the SME market in the medium term?

We are particularly concerned about the companies and jobs that are at risk in the aftermath of the crisis, when the market reopens. So there we will focus on additional interventions utilizing the tools we have, but also new tools that we will introduce in the coming months, which will be based on a much better and personalized picture of what is happening in business.