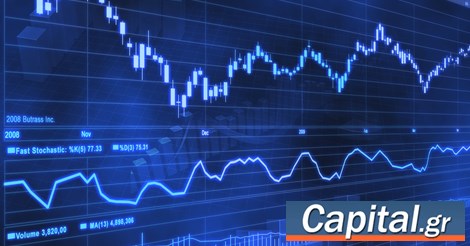 And a third attempt to break the 800 points that was not crowned with success for the Athens Stock Exchange, which although in most of the trading moved strongly upwards, the closing was close to the low of the day and again around 790 points, for the fourth consecutive session.

By about 16:30 the market seemed to take another step towards conquering the resistance of 800-805 points, but the last half hour of the session was faced with the plunge of Piraeus and the fall of selected index stocks, closing at the low of the day. It was the ATHEX’s third attempt to overcome the resistance, but the sellers’ stop was stronger, as they directed their orders to selected index titles.

But apart from the resistance of 800-805 points for the General Index, the break of which would pave the way to the 820, the 860 and finally to the target of 880 points, and the banking index today folded after its test break. resistance of 520-530 units. However, it is not ruled out that there will be a fold of the General Index, with the first support being at 770-760 points.

Of course, this does not mean that the support from other industries is negligible, with the market not lacking support for a decisive split. After all, the feeling that most domestic analysts get is that sooner or later the General Index will escape, as the concentration of forces around the levels shows that once the internal correction of the securities is completed, the liquidity that has been secured will re-enter. on the dashboard and that will make a difference.

Also, it should not be overlooked that after the explosive recovery of the last month and a half, both profits and estimates for the margins of growth act as a deterrent for many portfolios to take further risk. A very relevant risk, of course, especially for those who have been operating for more than seven months and now see the market as part of a larger picture, in which the European helping hand is evident in the critical sectors of the economy.

So the stakes these days are where the market will close the year. Will he prefer to assimilate the levels or further close the gap of the fall of 2020? So far, the General Index is 14% below the levels that began the year, while the banking deficit exceeds 42%. With 10 meetings, including today, until the end of the year, most likely, in order to close the gap, strong upward forces will have to be activated, which will even last.

Coca Cola, Ethniki, Lambda, GEK Terna, PPA, Aegean, Hellenic Petroleum, PPC and Viohalko closed slightly higher, with IPTO closing unchanged. On the other hand, small losses for Mytilineos and Motor Oil, while the fall in HELEX, EYDAP and OTE exceeded 1%. Piraeus closed with a dip of 5.08%.