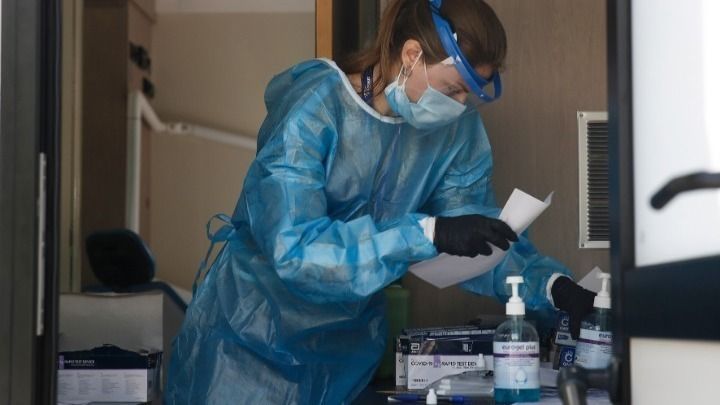 Stricter lockdown in some parts of the country was announced by government spokesman Stelios Petsas. According to a report by SKAI during today’s briefing on the course of the pandemic, the Minister of Health is expected to ring the alarm bell for areas in Northern Greece and Western Macedonia, where a total lockdown may be imposed in the coming days. In fact, the Minister of Political Protection, Michalis Chrysochoidis, will visit Kozani on December 17.

The Deputy Minister of Civil Protection and Crisis Management, Nikos Hardalias, will travel to Thessaloniki on Thursday, December 17, to hold a series of meetings on the assessment of epidemiological data as they develop in the wider region, the course of inspections carried out by the competent authorities for compliance. measures, as well as the operational plan for protection against Covid-19 infection developed by the local authorities in view of the holidays.

In addition, following the completion of the recruitment process by the General Secretariat for Civil Protection of 192 executives for the needs of tracking and dealing with health threats (30 executives of which are located in the Region of Central Macedonia), Nikos Hardalias will have the opportunity to supervise closely the preparations made for their reception by the competent Services.

Specifically, the Deputy Minister of Civil Protection and Crisis Management will have the following meetings:

At 18:00 he will meet at the City Hall of Thessaloniki with the mayor of the city, Konstantinos Zervas, with the participation of the Deputy General Police Director of Thessaloniki, Lieutenant General Georgios Douvalis, the Operations Coordinator of Central and Eastern Macedonia and Thrace, Firefighter Svordas and municipal executives.

At 19.30 he will hold a meeting at the town hall of Panorama with the presidency of the Regional Union of the Municipalities of Central Macedonia and specifically with the president Ignatios Kaitezidis (mayor of Pylaia-Chortiatis), the vice president Simos Daniilidis and the mayor (Vassilikos) Councilor of Thessaloniki), with the participation of the vice-president of KEDE and mayor of Ampelokipi-Menemeni, Lazaros Kyrizoglou.