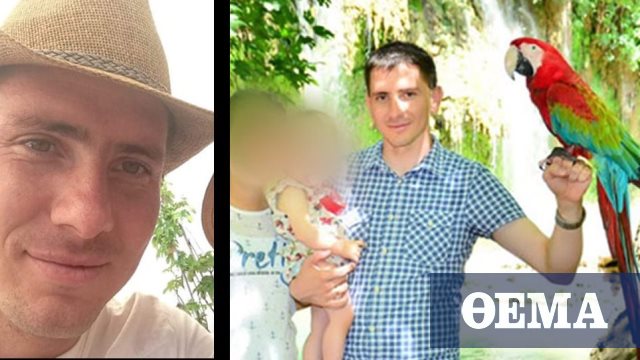 The story of Sebachatin Bairam, from the tobacco of Komotini, in the tutoring centers as a mathematics teacher and from there in Rhodes, in the role of the spy, according to the accusations attributed to him by the Greek authorities. Accusations arising from the confession of the 52-year-old cook, who revealed to the police that the interpreter of the Turkish consulate put him from the liner operating the route Rhodes – Kastelorizo ​​to photograph the provisions of the warships, camps and other sensitive points of the island. Authorities are now flipping through the 52-year-old cook’s computers, looking for new evidence that may shed light on new revelations about the contacts and suspicious activities between the two men.

The news that the Sebachatin Bairam from the village of Sosti in the municipality of Iasmos in Thrace, is involved in a case of espionage against Greece, is the first topic of discussion in the last 24 hours in Komotini.

The Bairam family is not a random family among hundreds of other Muslim families living in Thrace. The opposite, say residents of the village Sosti, where the two brothers Bairam were born.

Shebakhatin and Khalil They come from a family of tobacco growers and for several years tobacco production was their only source of income, as was and still is the case for many Muslims in Thrace.

But over the years the work has fallen, tobacco companies have shrunk and from about 70 operating 10 years ago, there are now only nine left.

Shebakhatin and Khalil saw themselves far away from the tobacco fields. They both had other dreams and went their separate ways.

The 35-year-old accused of espionage, Shebakhatin Bairam he finished school and studied mathematics at Aristotle University of Thessaloniki in order to teach in Komotini, as he did in one of the well-known tuition centers of the city, before making the decision to move to Rhodes to work as an interpreter for the Turkish consul and not only from what the evidence shows.

In the meantime, make sure to make noise through his page on Facebook, propagandizing in favor of “independent Western Thrace”, posting posts with nationalist Turkish symbols and in general had a clearly declared stance against Greek interests.

Together with Sebachatin, his mother is in Rhodes, who moved about 1.5 months ago after a strange theft that happened at the family home in Sosti.

His 38-year-old brother, Khalil Bairam, who is married and the father of two children, who still lives in Sosti, decided a year and a half ago to try his luck in politics, running for mayor of Yasmos with Oder Mumin. “Front”. However, he did not manage to get elected and so he was forced to turn to other solutions that would benefit him. He was offered to emigrate and work in shipyards in the Netherlands, something that initially excited him because of the financial salary they offered him. But he did not last more than four months and so he decided to return to Thrace. Today he works at a gas station and we found him there.

In the last few days, he has been anxiously watching what is being said about his brother, Sebachatin, and his dark role at the Turkish consulate in Rhodes.

“We last spoke on Sunday night and he told me he was fine. I have not heard from him since then “, says Halil Bairam to protothema.gr.

Asked if he thinks his brother may have been the victim of a plot, Khalil is quick to point out his position.

“I am saddened by what I hear and see but I have no idea what they are accusing him of. I read and learn what is said but I do not have much to give and take with my brother. It is his life, it is his subject. All I know is that he told me, that is, that he found a job in Rhodes and that he would go to work there, nothing more. I did not care, nor did I pay attention “ ends up.

Coronavirus: “Martyrdom of the drop” the retreat of the pandemic – Attica is the first in cases

Panhellenic: Computer in two phases and a minimum base for admission to universities

Kappa Research Poll: 43% of citizens in favor of the vaccine – The profile of those who deny it