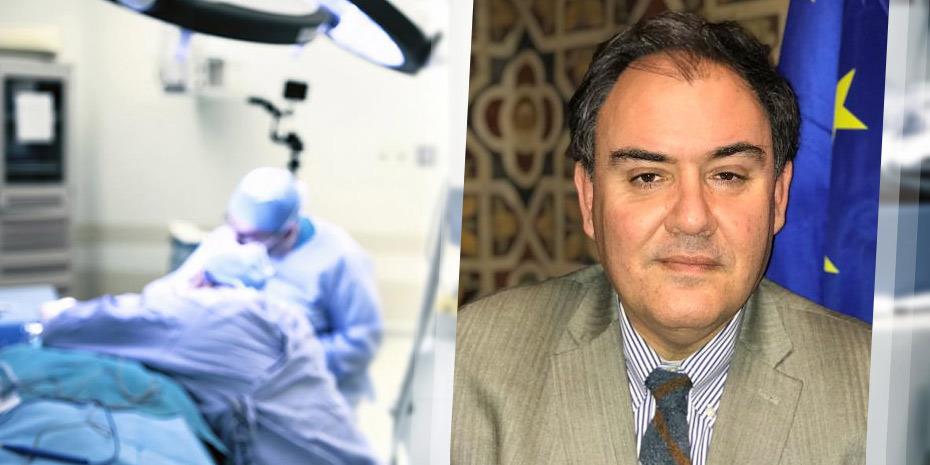 Steady course of de-escalation of the number of coronavirus cases by the end of the year, but also their return close to current levels in mid-January, as a result of partial relaxation of the measures during the festive period, provides for the -inerfective until today- prognostic model of the team of the professor of AUTh Demosthenes Sarigiannis for the evolution of the pandemic.

Speaking to Euro2day.gr, Mr. Sarigiannis predicts a decline in the average weekly number of new infections to 818 on New Year’s Day, from 1,240 yesterday, and a gradual return to 1,185 on January 15. The growth rate in January is expected to be slower in Thessaloniki than in Attica, due to the influence of climatic conditions.

The “hard” indicators of deaths and intubation, according to the model, will follow reverse course and will decline to 31-32 deaths and 313 intubated in mid-January, but are more likely to start rising again afterwards, as they follow a 2-3 week delay in the development of new infection numbers.

Mr. Sarigiannis is in favor of the continuation of the lockdown until the end of January and the beginning of February, in order for the infections to subside at the levels of 500 per day and make the situation manageable, pending the vaccination program, which proposes to spatially target the most burdened prefectures of the country.

Regarding the evolution of the pandemic in the areas outside Athens and Thessaloniki, it predicts an improvement of the image in most of the “red” prefectures, with the exception of areas such as mainly Kozani and secondarily Kilkis, Lesvos, Trikala and Grevena, where the forecast model shows further increase in the coming weeks. “At the end of the year, we may not talk about Thessaloniki but about Kozani”, he points out characteristically.

Detailed forecast for next month

The professor of Environmental Engineering at the Aristotle University of Thessaloniki and the interdisciplinary team HERACLES, which coordinates, in collaboration with researchers from two Italian universities, had accurately predicted the outbreak of the pandemic in October and November, while confirmed and the forecast they made at the end of November for a weekly average of 1,255 cases in the days we are going through now.

For the next month, the dynamic forecast model takes into account the partial relaxation of the measures (click away, opening hairdressers, nail care centers, bookstores, church operation, family reunions for up to 9 people during the holidays), but also the forecasted weather conditions that will prevail in the next period by region, and makes a projection of the epidemiological picture of the country over the next four weeks.

“Provided that what is provided by the new measures will be observed – e.g. that there will be no loss for click away purchases in Ermou or Tsimiski – we predict a decline in the average weekly cases to 818 at the end of the year “, he notes and predicts an increase in the first two weeks of the new year.

“The gradual opening of some activities will have an impact on the spread and will increase the infections to 930 in the week ending on January 7 and to 1,185 on January 15,” he says. The same development will not be reflected in deaths and intubation, as these indicators are lagging behind in the course of cases. “The forecast model shows a decline in the number of intubations to 313 in mid-January and the number of deaths to 31-32 in the same period,” he said, adding, however, that a new increase in pressure would follow from the second half of January.

Mr. Sarigiannis estimates that the process of de-escalation and increase of the diaspora will not be balanced in the whole territory, as it will be significantly affected by the weather. The model, which takes into account climatic conditions which prevail for the last four years per region, shows a more favorable development in Thessaloniki compared to Attica.

“There are three critical factors in terms of weather conditions: temperature, total (and not relative) humidity in the air and sunshine, as ultraviolet radiation breaks down the protein shell of the virus “, he explains and adds:” Statistical data on climate conditions in Athens and Thessaloniki in recent years show that Thessaloniki has more stable weather conditions, with temperatures lower by 3-4 degrees compared to Athens and high humidity. These conditions keep people at home and have a reducing effect on dispersion. At the same time, Athens has more unstable weather, with temperature fluctuations and drier conditions “.

With this data, the model “sees” one minimum of 230 cases in Attica on December 25 and a maximum of 380-382 cases on January 7. Respectively, Thessaloniki is predicted to have about 200 cases at Christmas and 161 on January 7.

As Mr. Sarigiannis reveals, the alternative scenarios that came to the table in the past for the opening of the market and certain activities during the holiday season had as a point of reference mainly Thessaloniki. The epidemiological picture of the city left no room for market opening beyond it click away. On the contrary, in Athens, where the charge remains 3.5 times lower proportionally, compared to Thessaloniki, there was the scenario of conditional opening for a period of two weeks, but on the condition that it would close again for a month after the holidays. At the same time, areas with low viral load, such as e.g. Crete and Corfu had the conditions for reopening, but this was not done as it would create a feeling of inequality in the market.

The professor is in favor of continuing the lockdown in its current “light” form until the end of January and beginning of February. “If we want to achieve a level of about 500 cases per day, which was set by the Minister of Health as a limit for the situation to be manageable, I believe that the current regime must continue: that is, the market to operate by click away, to open only schools after the holidays, to continue the ban on travel from county to county and to continue sending SMS for leaving the house “, he states, adding that” how to deal with the possible 3rd wave has to do with how we manage the de-escalation of the 2nd wave. The key is not to get tired and not to start discounts “.

As for the vaccinations, which are expected to start at the same time, in the hope that they will lead us back to normal, he suggests that they be used not only protectively but also prophylactically. “Once our health and vulnerable groups have been vaccinated and the time has come to vaccinate the general population, we must aim for prevention in order to avoid relapses in areas with a high epidemiological burden. “To target spatially in these areas”, he points out.

The forecast for the region – “Kampanaki” for Kozani

Euro2day.gr has highlighted with a detailed report and data the special case of Kozani, the first prefecture of the country that entered a lockdown regime (today it completes 2 months), and nevertheless presents the paradox to have more cases today than before the restrictive measures were imposed.

Tomorrow, Thursday, the Minister of Civil Protection will rush to Kozani Michalis Chrysochoidis, in order to meet with representatives of local bodies and assess the situation, while it is possible to announce the imposition of new, even stricter measures.

The prognostic model of Demosthenes Sarigiannis predicts, unfortunately, further deterioration of the already extremely problematic epidemiological situation in the prefecture within the next two weeks.
“At the end of the year, we may not talk about Thessaloniki but about Kozani,” he says characteristically and predicts an increase in cases maybe to 90 by the end of the year, from 61 yesterday, Tuesday.

The data also show an increase in infections in Kilkis, Lesvos, Trikala and Grevena, while the picture is expected to improve in other “red” prefectures such as Drama, Xanthi, Pella, Pieria, Florina, Larissa and Magnesia.