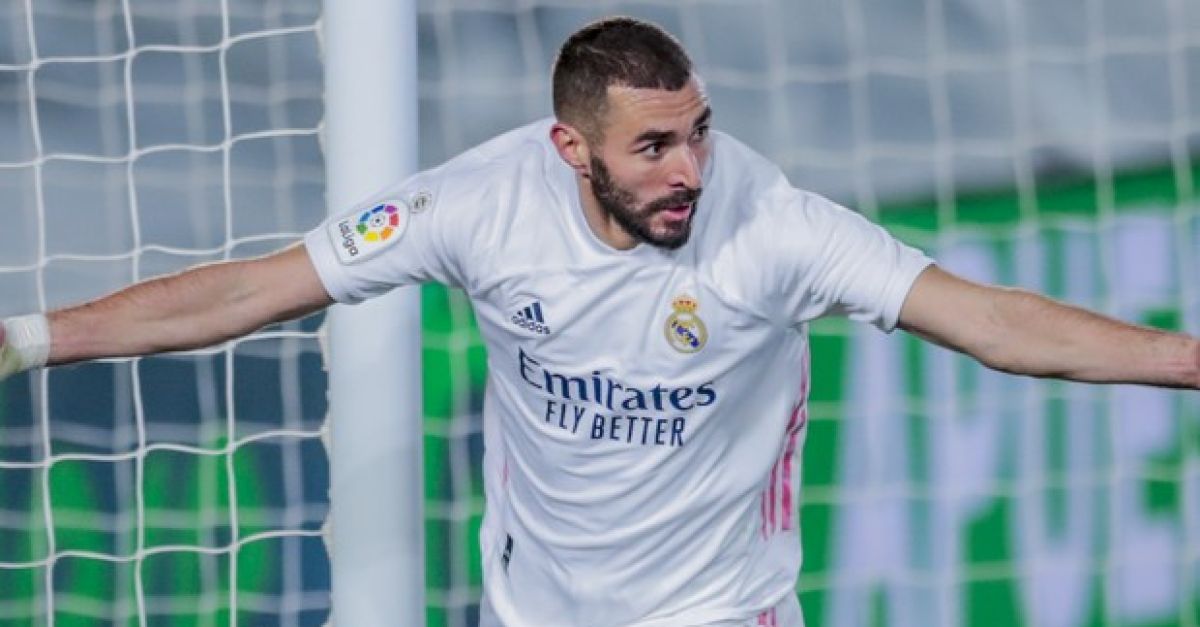 Real Madrid did not have an easy task against Bilbao, but Zinedine Zidane’s team managed to impose itself. The merenges prevailed over the Basques with a score of 3-1 and got the third consecutive victory in La Liga. In this way Real reached 26 points and caught Real Sociedad and Atletico Madrid at the top.

The protagonist of Madrid was Karim Benzema, who gave the solution for Real with two goals in 74 ‘and 90 + 2’ leading his team to victory.

Bilbao entered in a mood to push Real Madrid high, in order not to let her make a game. However, the guests’ plan was overturned very early on in the 14th minute. Iniaki Williams stepped in the area and made it out, with the Bilbao players asking for a penalty. Immediately after, Raul Garcίαa illegally marked Kroos and saw the second yellow card, seven minutes later after the first.

From then on, Bilbao gradually began to organize backwards, with Real unable to find places to enter the Basque region. In the 41st minute, a great opportunity for the merengues was lost, when Modric took a cross which Vinicius and Valverde failed to take advantage of.

The second “bell” orcame in the 43rd minute with Valverde not being able to send the ball into the net again. Finally in 45 + 1 ‘Real took the lead with Kroos, after a pass by Vinicius, to catch a nice shot from outside the area for 1-0.

Bilbao was the one who equalized early in the second half, specifically in the 52nd minute. The visitors ran against, De Marcos looked for Kappa in the area, who placed Courtois. The Belgian initially repulsed, but then the Athletic player equalized. Vinicius immediately found the net, but was exposed in 54 ‘.

Real Madrid was circulating the ball, but it was quite difficult to become really threatening in Bilbao. The Basques defended well, even with ten players. In the 65th minute, Kroos attempted a shot from outside the area, with Unai Simon blocking it.

The meringues found a solution in the 74th minute. A corner by Real was executed low, Carvajal filled the area, Karim Benzema got up, took the header and sent the ball into the net of Unai Simon for 2-1. Zidane’s team then sought to manage the game, but Bilbao tried to become threatening. At 84 ‘ Lekue found Cordova in the area, he made a pass, but the ball from the counter went for a corner.

In the 90 + 2 ‘Bilbao came close to equalizing, when Courtois said no to four of Vesga. Immediately after, however, Real cleared the game. Montrich made a vertical pass and Benzema found himself in a shooting position to execute the Bilbao goalkeeper with a right cross shot, making the final 3-1.

See here the score of La Liga and other popular leagues.