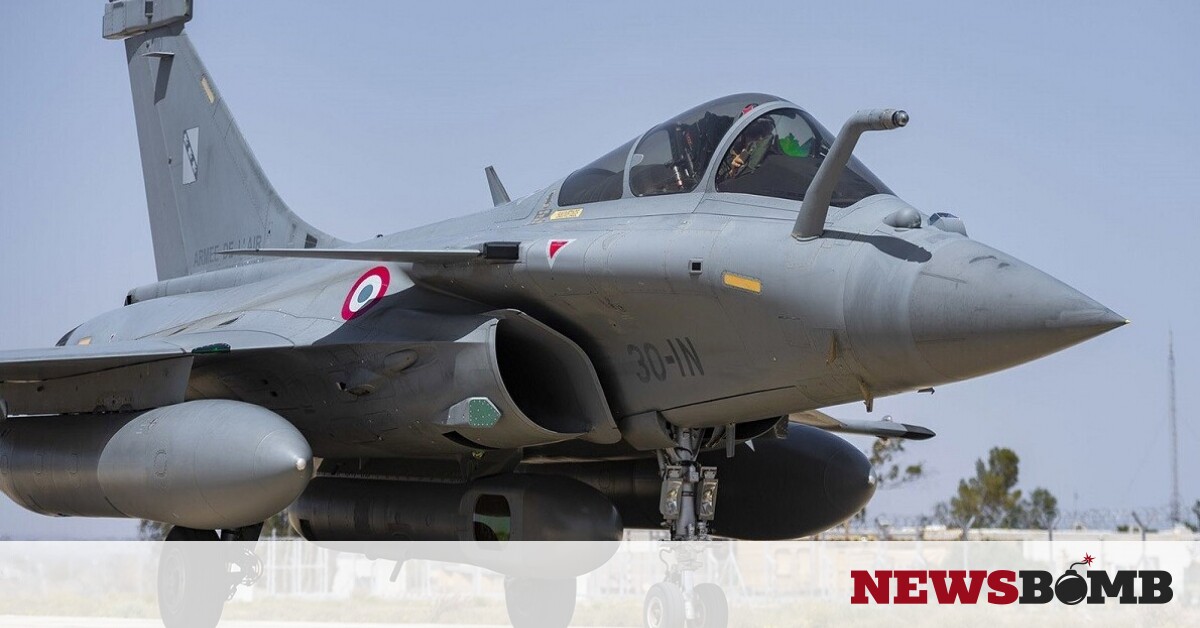 The process of acquiring Greece from Greece is proceeding at the fastest pace state-of-the-art French Rafale 4.5 generation fighters, with which our Air Force will gain clear superiority in the Aegean and eastern Mediterranean over Turkey.

The signing of the contract with France for the purchase of 18 Rafale aircraft was announced by the Prime Minister Kyriakos Mitsotakis, during his speech on the budget. In fact, this is expected to happen “within a few days” while the Minister of National Defense, Nikos Panagiotopoulos will inform the parties.

According to reports the contract with the French is in the final stage. It is essentially about three agreements, one for the purchase of 18 fighters, one for the acquisition of his weapons and one for technical support and training. The legislation is expected to be introduced in parliament for consultation and ratification by the relevant Foreign Affairs and Defense Committee.

This will be immediately voted on and published in the Government Gazette and will become official law of the State. The intention of the government was to have everything completed by December 23, day on which the French Minister of Defense, Florence Parley, arrives in the Greek capital. However, according to the latest information there may be a slight delay a few days and the final signatures to finally enter the first days of January, since the closing of the Parliament for the Christmas holidays does not help in the completion of the procedures.

It is obvious, however, that everything proceeds with procedures – express, with the Minister of Defense Mr. Nikos Panagiotopoulos to complete the agreement for the acquisition of Rafale in just three months. Besides, Mr. Panagiotopoulos has clarified that he wants the Rafale case to be closed immediately in order to deal with the next big and important issue, that of acquiring new frigates for the Navy.

Rafale (“wind gust”, in Greek) will be the new fighter of Greece, with 18 aircraft to be dressed in blue and white. Of these, the 12 will be slightly usedto, with a few hours of flight, and the 6 will be new, and will come from the Dassault factory directly.

They are coming … loaded!

According to information, Nikos Panagiotopoulos, during the negotiations with the French for the acquisition of Rafale, made it absolutely clear that the aircraft must come to Greece overcrowded internally (complete electronic warfare system) and carry on them all the “tools” needed to do their job.

The Greek side stressed this because in previous years, Our country bought aircraft that came to Greece with insufficient armament or without some basic systems. It was therefore pointed out to the French repeatedly that this could not happen again in the Rafales case.

What does this mean; How The French fighters will come to Greece carrying all their powerful equipment, which includes Scalp, Exocet and the deadly Meteor. The aircraft carries the Thales RBE2 radar, which is capable of simultaneously tracking multiple targets in the air. At the same time it can create 3D terrain maps for real-time navigation or targeting.

Also, if required by the mission, the Rafale has the ability to track a target and launch an air-to-air missile without having to reveal its location, thanks to Thales’ OSF system. This system is fully integrated into the aircraft and operates with infrared technology.

The decision to acquire Rafale meets the ongoing operational requirements of our Air Force for a modern twin-role multi-role fighter, with a wide range of action, transport of weapons and the latest generation of sensors and electronics that give a clear advantage to the Greek-Turkish conflict. This means that it can simultaneously perform missions of different types, such as air superiority, impact, reconnaissance, etc.

According to reliable information, as soon as the… bureaucratic stage is over, the process of sending Greek pilots and technicians to France, in order to be trained on the French fighter, begins immediately.

Initially, four Greek pilots will probably go to the “nest” of Rafale, in Mont de Marsan, who will most likely come from the 332 War “Falcon” Squadron of the Air Base in Tanagra. Together with them “Icarus” Greek technicians will go to the Base of southern France, who will be trained and will learn first hand the secrets of the 4.5 generation French fighter. Their choice is by no means random. These are fighter pilots and technicians Mirage 2000-5 who have experience on French fighter and French systems. Let’s not forget that Rafale is the evolution of Mirage. Of course, this does not mean that pilots of other types of aircraft will be excluded, as it is very likely that experienced F-16 pilots will go to the south of France.

The 4 Greek “Icarians” will be the ones who will receive the “baptism of fire” and will begin to train in the new “weapon” that enters the quiver of the Air Force and makes it powerful. The next wave of Greek pilots and technicians will follow.

The training includes initial theoretical courses, followed by training in the simulator (Flight Simulator) and flights with the French superpowers. The Greek pilots who will be trained in Mont de Marsan but also in the facilities of the construction company, Dassault Aviation, will develop into Rafale pilot trainers, having written tens of hours of flights with the French fighter.

The technicians will have a similar training, who in addition to the theoretical courses will be in one Base Maintenance Squadron and there they will have the opportunity to see up close the technical details of the aircraft during normal maintenance. Like the pilots, the technicians will go to the Dassault Aviation facility where they will see up close all the production stages of the French fighter.

As for when the first Rafale will come to Greece, according to information, him next May or at the latest in June the Greek pilots will return to Greece flying with six French fighters, which will probably have been painted in France in blue and white, with the Greek flag on the wing. They will land at the 114th Battle Wing in Tanagra and there by wheel they will reach up to 332 Squadron “Geraki” where they will be installed.

Belh @ rra frigates: What engagement? The French return with a new proposal