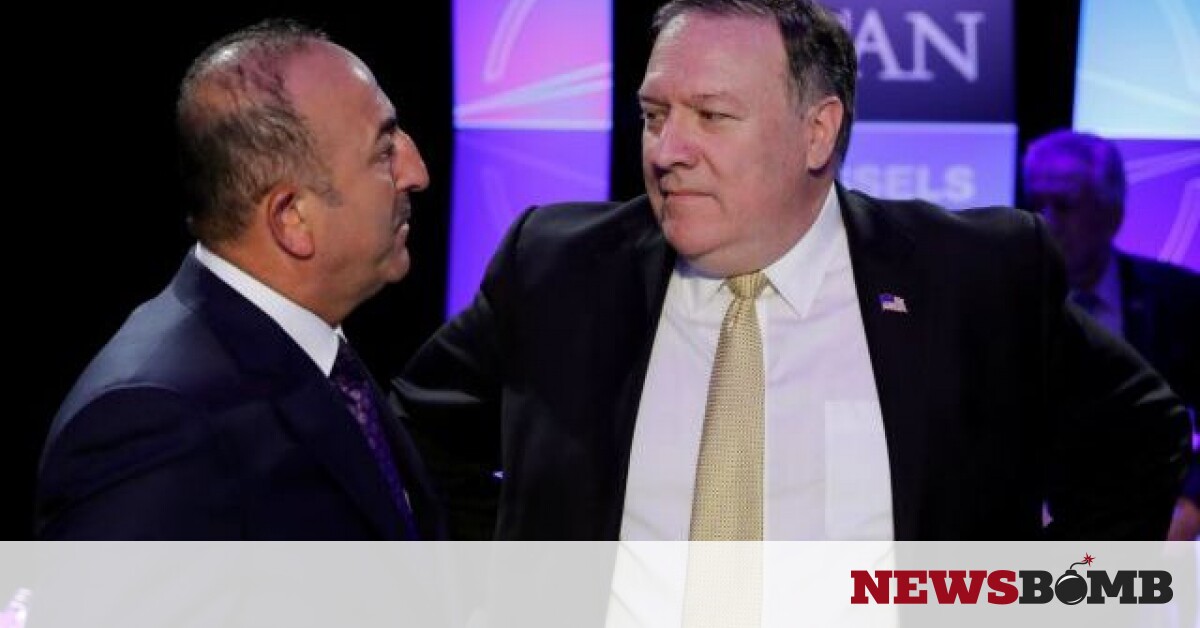 Concerns and concerns in the “palace” about US sanctions – The “sultan” pays for his boycotts.

The Turks may engage in leonardism and go so far as to threaten the United States, but it is certain that The sanctions imposed by Washington on the Erdogan regime have caused a nervous breakdown in the palace.

The provocative Turks consider it unthinkable that a NATO member country has imposed sanctions on another Alliance country. They are obviously fools or they are really fools.

Neighboring political analysts are deeply concerned about Erdogan’s tactics, which have led to a rift with the United States, pointing to the dangers that lie ahead for Ankara, with only the support from Iran, Pakistan and, as the case may be, Moscow.

The Minister of Foreign Affairs of Turkey, Mevlüt Tsavousoglu had a telephone conversation with his American counterpart Mike Pompeo. According to Ankara, Cavusoglu expressed his country’s dissatisfaction with Washington’s decision. with the dialogue reportedly particularly intense. It is the second time that the two men are “grabbed” in a few days. It was preceded by the intense dialogue they had at the recent NATO summit.

Experienced diplomats point out that Developments for Turkey may become even worse, given the fact that the new American president, Joe Biden, has a positive attitude towards Greece and has in the past expressed objections to Erdogan’s policy.

The Turkish Minister of Defense is also furious, Hulusi Akar, who argued that the US sanctions decision had undermined the values ​​of the alliance. Of course, Akar did not think about that when he was celebrating the arrival of the S-400s in Turkey. “We will continue to take all the necessary steps and we will proceed normally, as we have done so far, to cover the air defense of our country”, said Akar.

However, Akar expressed his appreciation that the return to cooperation with the United States “It would make a significant contribution to regional and global peace and security.”

The head of Turkey’s defense industry, Νsmail Demir, who has been subject to many sanctions, from “freezing” assets to a visa ban by the United States, is showing no remorse.

As the Internationalist Dimitris Kairidis explained to SKAI, “America’s sanctions are very heavy and very important. “They are hurting the Turkish defense industry in two ways, not just because they are imposing sanctions on some people.”

The two ways are:

2. Any weapon containing an American component, even a screw, cannot be exported to Turkey. This includes the Bairaktar, the famous drones that have American lasers on them, as well as the weapons of third countries that are going to Turkey.

Few weapons do not have an American component on them. Therefore, as Mr. Kairidis reports, there will be consequences for the German submarines and the Spanish aircraft carrier Anadolu.

This move is made before Biden comes and binds the new presidency. “Pompeo did it without Congress, it has not been signed by Trump and he will probably go for a veto. “Trump trains senators,” he said.

He then noted that Biden would like to restart all the troubled relationships. But now the sanctions do not change, so Erdogan must pack and return the S-400s to Russia.

“Turkey is trying to find out if there is a retroactivity in the US decision, if it includes weapons systems that have already been built and are to be delivered”, added Mr. Kairidis.

“He was going to get eight F-35s, which are the main aircraft carriers of the Western Air Force for the next 50 years, and he’s losing billions.”, he stressed.