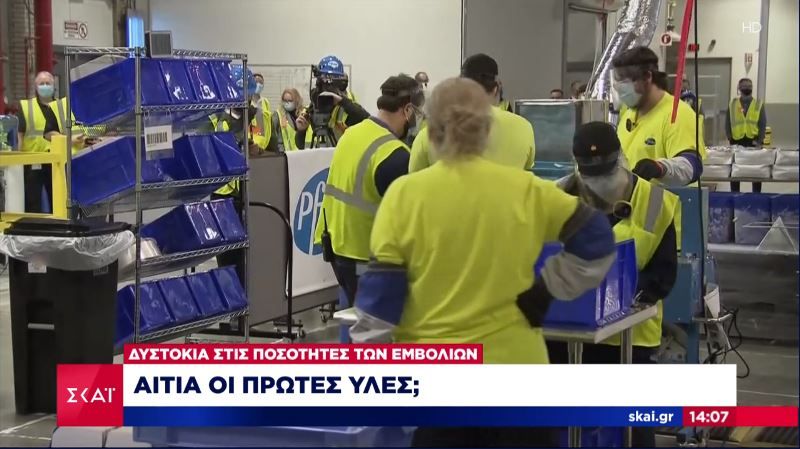 It is a matter of days before the vaccinations for the protection against the coronavirus start even symbolically in Europe and in our country.

The Pfizer / Biontec vaccine is expected to be licensed by the European Medicines Agency from 21 to 23 December, with formal approval from the European Commission immediately following. After 3 to 4 days, the vaccines are expected to be distributed in the countries and the vaccinations, as announced by the President of the Commission, Ursula von der Laen, will be done simultaneously in all the Member States.

Therefore, the first vaccinations are estimated to take place before the New Year and around December 27.

The downside, however, is that both Greece and the EU will receive fewer doses of the vaccine than originally planned.

Government spokesman Stelios Petsas announced that Greece expects in this first phase about 300,000 installments instead of 500,000. The first vaccines in our country will be used for the vaccination of the first line health workers as well as for the inmates and the employees in Health Care Units.

The Commission spokesman was asked how many doses of the vaccine the EU expects by the end of January, but did not give a specific number.

A senior community source, admitted speaking to SKAI and Giannis Paleologos, that there is an issue and stressed that the European Commission is in constant contact with Pfizer on the issue.

What about raw materials

Pfizer admitted a few days ago that the supply of vaccine raw materials is not going as it would expect and therefore reduces the production target by 50% by the end of the year.