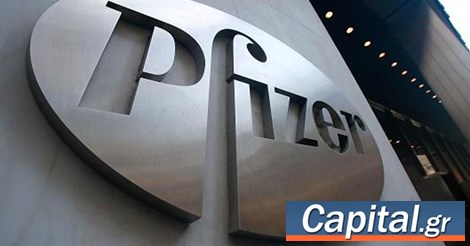 “This is a large number that shows the quality of young scientists. At the same time, it shows that many Greeks choose to return to their country.”

This was the comment of the head of the digital center – the big investment run by the pharmaceutical giant Pfizer in Thessaloniki – Nico Gariboldi for the 3,500 applications submitted for the filling of 200 scientific staff positions in the digital hub that operates the American pharmacy in the co-capital.

As Nico Gariboldi said during the online meeting with journalists, 74% of the applicants have postgraduate studies and 20% concern Greeks working abroad.

Recruitment, he noted, began before the summer, there are ongoing projects and the Pfizer digital hub is operationally operational. Pfizer’s design envisages the creation of a total of 600 new jobs in Thessaloniki, as in addition to the current digital technology center, a second investment of pharmacy has been announced, for another hub that will concern the production of services for internal use of pharmacy, such as financial services, human resources, call centers.

Selection with the bootcamp process

So far, five Pfizer bootcams have been held to evaluate and recruit the best candidates from the university and more are expected to follow in the coming year. The bootcamp gathers candidates (usually 25 for each class), trains them in the most advanced technologies and hires those who are considered most suitable. It is noted that on average 70% of the candidates participating in the bootcamp are hired at the end.

The head of the center developed the two main pillars of the strategy to find talented staff, which are: To attract the most capable. This will be achieved through a communication plan and targeted actions, by approaching the scientific “ecosystem” through appropriate scientific events, by activities for the promotion of the hub, by connecting and collaborating with universities as well as by activating the network of expatriates and of graduates. Second, to develop a “nursery” of talented people. To this end, Pfizer will rely on connecting with the local community, creating career opportunities through highly specialized training programs and internal and external events.

Why in Greece and why in Thessaloniki

The change of the investment climate, the support of the project and the high training of the potential are the main reasons that the investment is made on Greek territory.

Speaking about the Greek technological environment, Mr. Gariboldi noted that 39% of the active population of Greece works in the scientific and technological field. Referring specifically to Thessaloniki, she noted the concentration of IT talent in the city, its role as an educational hub in Greece and the Balkans with 5 major universities, including the largest in Southeast Europe and the 9 world-wide research centers. Even the time of the zone played a role for the cooperation and the connection with corresponding networks of the pharmacy in other countries.

Pfizer digital technology and innovation center in Thessaloniki is expected to be fully operational in 2021 and recruitment will continue.

The center currently operates in a transitional space and more specifically in the “Phoenix Center” complex. The final building, which has not been found, will have an area of ​​3 thousand sq.m.