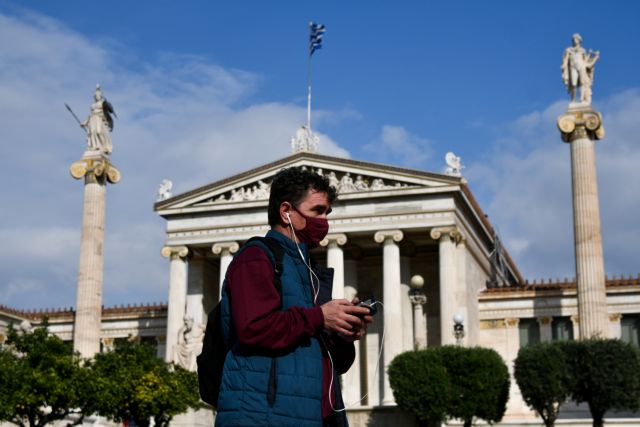 We are in the last and most sensitive phase of the pandemic, said the government spokeswoman, Aristotle Peloni, emphasizing that the viral load remains high, especially in large cities.

Ms. Peloni stressed that the mass movement involves dangers and for this reason a safe Easter and a free summer.

Resumption of catering from May 3 with strict observance of the measures and mandatory self-test. On the 10th of the month, schools reopen with the same rules that apply to high schools and on the 15th of May, tourism opens.

As for Holy Week and Easter, the restrictions inside and outside temples apply to the Church. Double mask for believers and Epitaph procession only in the courtyard.

The government spokeswoman said: “We are continuing the course with allies in improving the weather, increased testing and vaccination coverage.

Vaccines are effective and build a wall of immunity.

Ms. Peloni reiterated that from Saturday they can make appointments to vaccinate citizens aged 50-54.

On Holy Tuesday, the appointments will be open for the citizens aged 30-39.

Also, after consultation between the Prime Minister Kyriakos Mitsotakis and the Minister of Health, Vassilis Kikilias, vaccinations will take place on Good Friday, Holy Saturday and Easter Monday. On Easter Sunday, the health workers will celebrate with their families.

In the next period, the vaccination schedule will be extended until 10 pm. Vaccinations will also be given to individuals.

Because priority was given to the 30-somethings

Regarding Easter, the government spokeswoman said that the measures concerning the holidays will be specified in the coming days (on Friday by Nikos Hardalias).

“We ask for the participation of the citizens in the effort. There can be no police officer above every citizen. “This also applies to the churches,” he said.

In a relevant question for the reason that priority was given to the age group 30-39 years, Mrs. Peloni stated that “we want to bring younger people closer to the vaccine because they would be the ones who would be vaccinated later”.

Finally, the government spokeswoman added that the easing of measures is subject to epidemiological data.

“We are not like last year. “We have the vaccines and the self-tests and we can open activities outside,” he said.