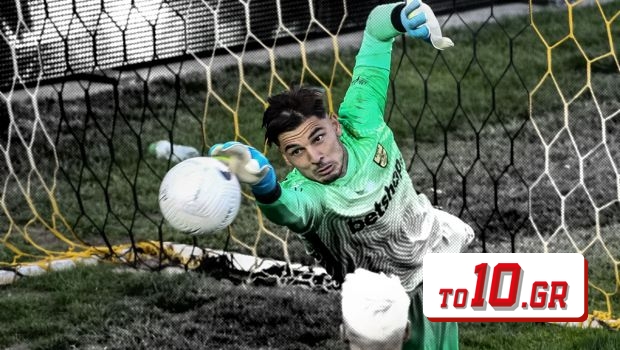 So, PAOK is revealed. Again. And again. Appealing to his beloved policy. The debauchery. The gossip. The murder of characters. The vulgar attempt to deconstruct people. Contrary to even his rhetoric and official positions, that the allegation of attempted bribery of Mario Ciambanis and other players of Aris, is a “creation”. A “construction”. Someone, in general. Maybe του Olympiakos too.

But when you believe such a thing and claim that you have solid evidence and state publicly that you will testify against the prosecutor and “expose” the conspiracy, how, why do you lose your temper and try to deconstruct a footballer? How do you do the extreme illegality of publishing a footballer’s contracts, all legally, which in addition to numbers, include personal data, ID numbers, VAT numbers and information that is prohibited by law to be made public?

If this is not an unprecedented, spasmodic and suspicious study, then what is? If this is not just a character assassination attempt, what is? If it is not a blatant, vulgar from beginning to end, a battle to convince the popolos of Ciambanis’ “unreliability”, then is it? Because this is the reality that arises from the moves that take place against the player. PAOK FC seems to have already entered the role of the accused in the case and is trying to deconstruct the prosecution witness.

And the question is one: What is PAOK afraid of Ciambanis’s testimony? PAOK does not claim (in fact, it was done in… Live broadcast on OPEN) that Ciambanis did not name Dikefalos for the bribery case? Since he claims so, how and why in two days he proceeds with two complaints, regarding the player’s salary, but also at what time he reported the incident, with the obvious goal of bullying, but also to become unreliable? If PAOK had no worries and was crystal clear that “Olympiakos did everything”, it should not have shouted “go and submit everything, Marie?”. And then expose the “conspiracy”? Isn’t it because the so-called “conspiracy” is just a new communication tsunami, equivalent to that of multi-ownership? Does he want to hide something? Everything will be seen along the way. Time shows everything…

INSTEAD OF OPTION: And one last thing, regarding the publication of Ciambanis’s contracts, while he was an Olympiacos player and his new agreement with Aris: Whoever committed this extreme breach of personal data, will be called to give explanations. Anyone from the EPO or the Super League who has leaked such documents to try to harm a young child who complains of bribery, in addition to the legal consequences they will have on those who published them, should look in the mirror and to spit on him with force. Because vulgarity must have limits at some point.