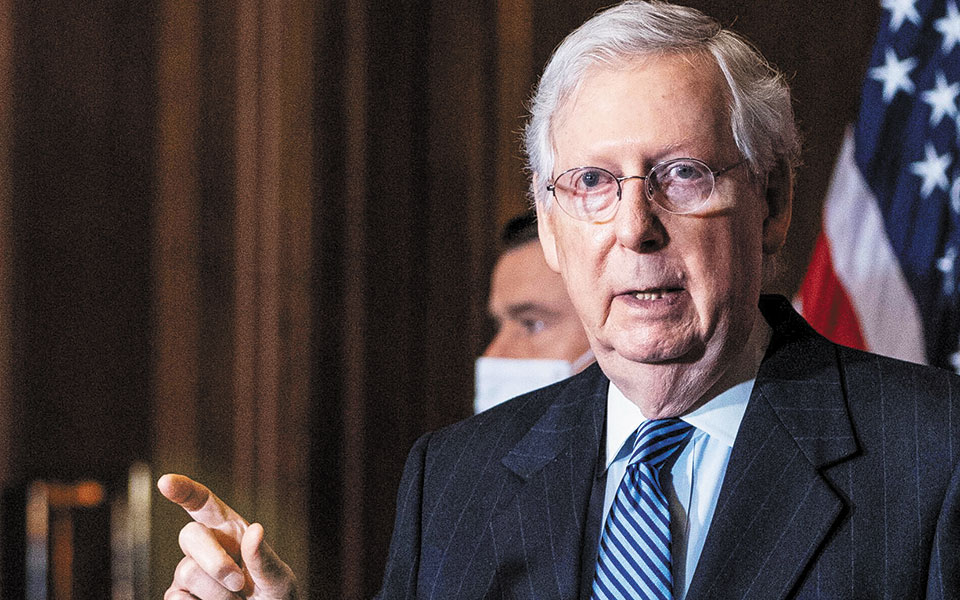 A day after the election results were confirmed by the College of Electors, the Republican leadership left Donald Trump, recognizing Joe Biden as the elected president of the country. From the floor of the Senate, the leader of the Republicans in the body, Mitch McConnell, congratulated Biden, calling him the “elected president”. “Many of us were hoping for a different outcome of the presidential election. But the system of government in our country has the procedures that determine who will be sworn in as president on January 20. “The College of Electors has spoken,” McConnell clarified, while the same message had previously been sent by several top party officials.

Voting on Monday among state-level voters went smoothly. Biden defeated Trump by 306 votes to 242, exactly as predicted by the election results. Ironically, the difference is exactly the same as in 2016 between Donald Trump and Hillary Clinton. The latter, like Bill’s husband, a former US president, was among 29 Democrats elected in New York State. Immediately after the finalization of the result, Joe Biden addressed a speech to the Americans from Wilmington, Delaware. “In this battle for the soul of America, democracy has won. “Now is the time to turn the page,” said the president-elect. Despite his unifying tone, he did not fail to speak out against Trump’s questioning of the electoral process.

Donald Trump had not acknowledged his defeat until last night. But he said Justice Minister William Barr, one of his closest political allies, would step down before Christmas – possibly to avoid political responsibility for pardoning the president’s relatives and associates, analysts say.
Following the ratification of the election result by the electorate, Russian President Vladimir Putin sent a congratulatory message to Biden, emphasizing the joint responsibility of the United States and Russia for global security and stability.