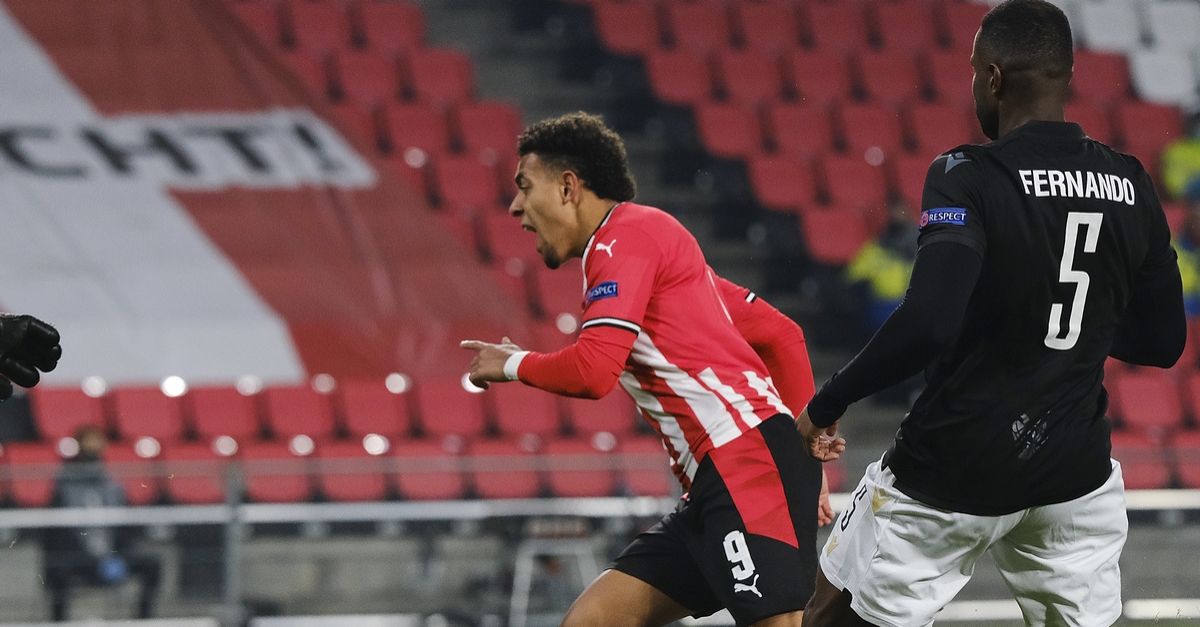 With Eindhoven, Olympiakos was drawn in the ’32’ of the Europa League and the first scouting of the ‘red and whites’ in the Dutch team will come uninterrupted. Roger Schmidt’s team faced PAOK twice in the group stages of the tournament. Defeated 4-0 in Toumba, won 3-2 at Philips Stadion. Two games that tell the whole truth about what Olympiacos is going to face in its double battle with Eindhoven on February 18 and 25.

There is of course an important detail. How between the sample we have now for the two teams, until the season they will face each other, may be different on the grass. More or less, better or worse. However, as for Piraeus, so for the Dutch, there are constants that characterize their game.

The 53-year-old Eindhoven coach is quite experienced. His first job was at Delbrucker in 2005, followed by Proisne Munster. In 2011 he took over Paderborn and took the first big step of his career in 2012, when he got the job in Salzburg. In the three years 2014-2017 he was the coach of Leverkusen, they made a two-year trip from China and Sinobo Guoan, before returning to Europe on behalf of PSV this summer. His favorite device is the 4-4-2 double 6 (with two ‘6s’), which he typically uses in the Netherlands. Sometimes he uses variants of 4-3-3.

Strength at the ends, vulnerable in the center of defense

Starting with the defense players, the Dutch team has strengths as well as striking weaknesses. Exactly as he showed in the games with PAOK. Dumfries on the far right and Max on the left are ‘dynamites’. With many runs, speed and physical forces, good craftsmen and very capable attackers, give the necessary width to the team’s attack. The German was acquired by Augsburg instead of 8 million euros in the summer and his value is already at 15 million euros … So much is the cost of Dumfries. The captain of Eindhoven counts 1 goal and 4 assists in 16 appearances. Impressive is Max’s record, with 2 goals and 8 assists in 18 matches!

The second, not so favorable, reading in the Dutch defense concerns the stoppers. German Timo Baumgardl, Dutchman Nick Wircherfer and Frenchman Olivier Boscalli seem inconsistent with the needs of a top Dutch team. Central defenders who inspire no confidence, fail to synchronize and often fall into individual mistakes that cost goals. In Eredivisie, the hole can be ‘patched’, as PSV has a large possession of the ball and is difficult to threaten, however, when the level of difficulty in Europe rises, the problem becomes apparent. If Eindhoven is not strengthened in the transfers with an experienced stopper, it will be good news for Olympiakos.

The midfield with talent but also inexperience

Gutierrez, Van Hinkel and Thomas are injured, so there is no complete picture of how much they affect PSV play, but in any case we are not talking about players capable of making a difference and judging results. Ivorian Sangare (23 years old) and Dominican Rosario (23 years old) are two central midfielders with talent, strength and perspective, however they lack performances from very demanding games. The Moroccan Jataren is the biggest project of the Dutch, a craftsman, an excellent dribbler and fast and unripe regularly, only at the age of 18. Gotze is clearly an attacking midfielder with tremendous quality but has been on the decline in recent years and often has injury problems. Hendrix and Fine are alternatives and certainly can not if they have a leading role. All the above players together have offered 6 assists and 6 goals for all competitions this season.

Danger and handicap in the attack

Eindhoven has excellent units on the strike line. Players with great prospects, able to create a problem for each opponent with their skills. The 21-year-old Gakpo from the left is a player with explosion, speed and tremendous ability in ‘1vs.1’. He scores more than he creates, with a record of 7 goals and 3 assists in 15 appearances. Mandueke, 18, who was probably not properly evaluated in Tottenham’s infrastructure departments, has great physical and physical skills, he can do from the right (upside down) what Gakpo from the left can do. Mandueke has 5 goals and 5 assists in 18 appearances, but only 720 minutes in total on the grass!

For Daniel Mullen, this mistake of Arsenal, is the most dangerous striker of PSV. Extremely flexible, can read phases, plays in space, easily unmarked, performs in the first year, has a closed dribble on the spot and at the age of 21 looks ready for the next level. With 14 goals and 4 assists in 20 appearances, he is the top scorer and the No. 1 threat of Schmidt’s team.

Experienced Zahavi wants a lot of attention. At 33, he remains a very reliable scorer, with the ability to perform just as comfortably on both feet. The Israeli, with a French passport, has more of the role of the second attacker, moving peripherally but close to the area, looking for empty measures that will allow him to pose a threat directly or indirectly. He has 7 goals and 4 assists in 17 appearances this season. The Argentine Hermosa and the Dutchman Piroe, both 21 years old, are talented but still in the process of … learning.

Eindhoven’s handicap is that apart from the four basic options, two in the extreme and two at the top of the attack, it has no alternatives. As long as Gakpo, Mandueke, Malen and Zahavi can bear to pull the cart.

Any prediction of 2.5 months and a transfer period before the matches between Olympiacos and Eindhoven, is extremely risky. The data may vary to some degree in the intervening time. However, with the data we have in the first half of the season, Olympiacos has serious chances of qualifying. If Martins shows a similar version of his team as in last year’s matches with Arsenal at the exact same time, then the ‘red and whites’ are very lucky to get the ticket for the ’16’ of the Europa League. Eindhoven is a team with too much talent, but relatively inexperienced and with some serious weaknesses in its overall operation, mainly inhibitors. As easily as it can create problems in the defense of Olympiacos, so easily can Piraeus do it in its own. And it is not at all unlikely that this qualification will be judged on the effectiveness of the attack and not on that of the defense.