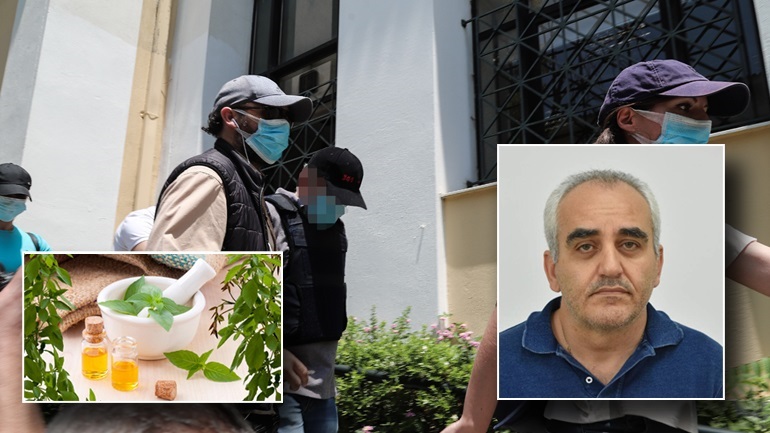 The 47-year-old pseudo-doctor, who has been remanded in custody since the summer on serious charges, was again taken from prison to the investigator for other cases of “trade in hope” to cancer patients with various substances, after complaints from relatives of patients whom he allegedly deceived as a result. their death.

The 47-year-old, who pretended to be a doctor for cancer patients by sucking large sums of money, is now in the “target” for another 14 cases of patients who received his preparations, hoping that they will get well. Thus, after a six-month investigation, which began on the occasion of three complaints about the death of two minors and an elderly patient, the number of cases against the 47-year-old is expanding, resulting in a total of 12 cases being investigated at the moment.

The 47-year-old, who was arrested on June 16, 2020 and remains in pre-trial detention, was taken to the investigator’s office to learn about the case file, which will accurately describe all the new aggravating evidence against him. He asked for and received a deadline for January 11, 2021, in order to prepare his apology.

The 47-year-old apologist, after his arrest, had denied to the first regular investigator what was attributed to him, that is, that he had even deceived doctors of clinical and diagnostic centers by pretending to be the distinguished scientist from Switzerland. He had even told the investigator that he was an “empirical herbalist”, claiming that he was not responsible for the deaths of cancer patients, from whom he claimed that he was paid only for the cost of the herbs he administered to them.

The countdown to his arrest had begun after the suspicions he raised with his behavior to a surgeon of a private clinic in the center of Athens, from whom he asked to enter with him in the operating room of a patient he had “taken over”. There he seems to have betrayed the accused by the fact that he did not know how to sterilize his hands before the operation and so the chief doctor of the operating room asked to be removed from the operating room.