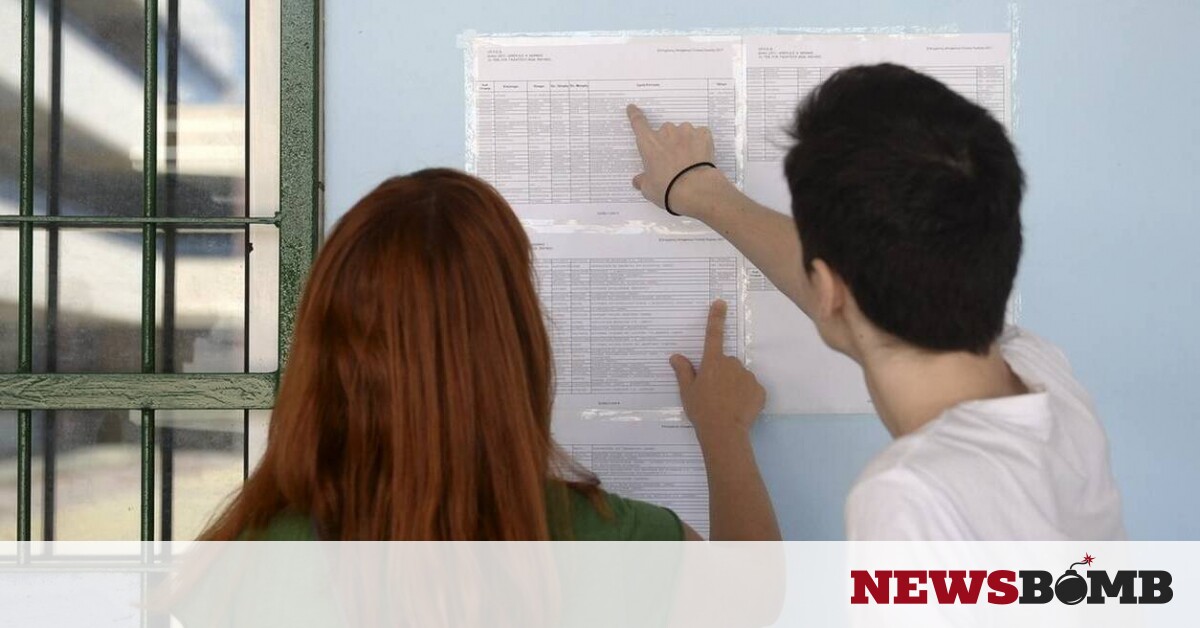 National exams: The Ministry of Education is moving fast, in order for the proposals that became known yesterday, Tuesday, to the rectors to take the form of legislation.

The goal of the ministry is to implement the changes in the way of admission to Higher Education from this year and so most likely in early 2021 there will be the final arrangement that will concern the import bases and the computer equipment.

For the ministry there is no issue of change in the way they are conducted Panhellenic, which is why it is considered that this year’s candidates will not be surprised. “The candidates will give the same courses, they will have the same material. “Nothing changes in them”, stressed the Deputy Minister of Education, Vassilis Digalakis, speaking on Wednesday morning on ERT. “This year’s candidates are not affected,” he said.

Import bases, based on average performance

One of the two axes of the changes proposed by the Ministry of Education concerns how to define import bases. Initially, the average performance of the field candidates in all courses will be taken into account per scientific field. This average will be the general basis for admission of all departments of the scientific field. However, this general import base will act as a “reference base”, since a kind of autonomy is provided for each department, to vary its import base in relation to it. That is, a range of percentages of the import base is provided, which can be selected by the departments, depending on their demand or requirements.

The range of percentages that university departments will have at their disposal is not yet known. According to Mr. Digalakis, the percentages of 80% -110% were mentioned as examples, but there is no official information yet on how much fluctuation there can be in the admission bases, in relation to the one that will come out of the average of the candidates.

“We do not speak in absolute numbers. This proposal comes in order for the system not to be affected by the ease or difficulty of the issues or by the way the evaluators grade “, commented Mr. Digalakis.

The second axis of change brings two phases of computer declarations. In the first phase, candidates will state their preferred schools, but with a certain number of options. Thus, the introduction will be based on this limited number of preferences. Then, the second phase will take place, with the sections that will have vacancies available. Thus, those who did not enter the first phase will be able to register sections in the second.

Still, however, no details have been made known about the time at which each phase of declarations will take place and what will be the time relation with the issuance of the results and the final determination of admission bases by each department.