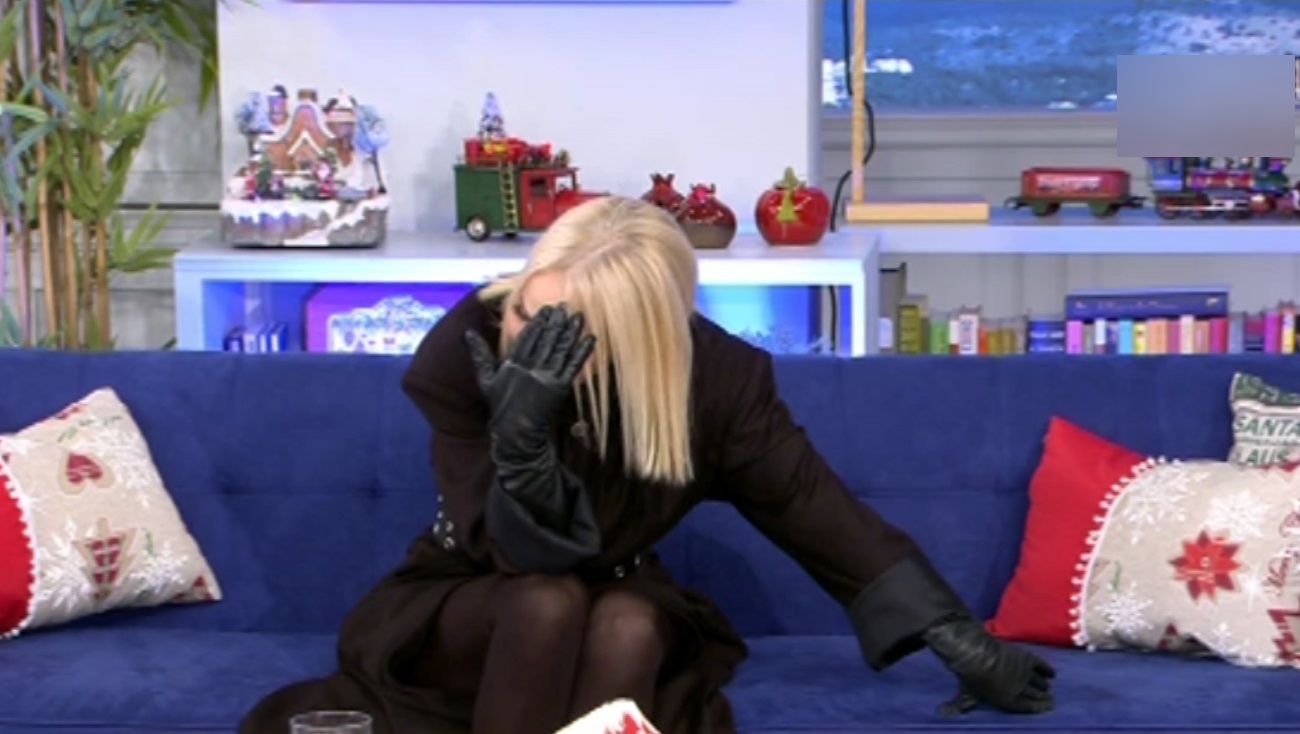 See what happened to Natasa Kalogridi on the air of Happy Day.

Natasa Kalogridi sat on the couch of Stamatina Tsimtsili, on Happy Day, today, who made a confession that we have not heard from her again.

Natasa Kalogridi referred to her marriage that lasted six months, which, as she said, she had seen as a party, while the question of Stamatina Tsimtsili about having a child, made the actress’s feelings awaken.

“If there were children I do not think I would make the same decision. I’m almost sure I would have another reaction. I imagine that if it happens, I will embrace it… I have so much love inside me that I would like… I will “kill” you, what have you done to me now? Stamatina, what did you wake me up now? What you said touched me terribly. It is wonderful what happened to me. I’m talking to you very seriously. Look what happened today, emotions awoke. I did not expect that I would suffer this “, said Natasa Kalogridi.

Stamatina Tsimtsili, in fact, asked her if she was trolling her with what she was saying, as we have never seen Natasa Kalogridi like this, with her emphasizing that she speaks very seriously.