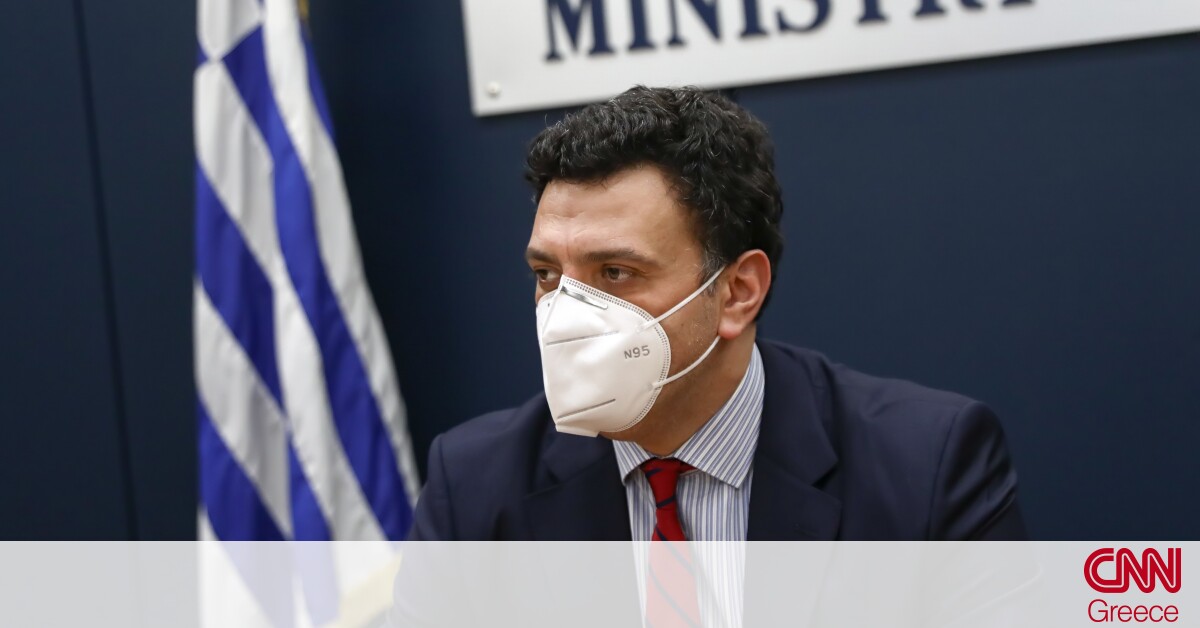 The accredited editors of the Ministry of Health are regularly informed about the coronavirus, by the Minister of Health Vassilis Kikilias.

The indicators of its spread remain high coronavirus, as shown by the data published by ΕΟΔΥ today, Wednesday.

Specifically, EODY announced 1,190 news cases of the new virus in the country, with the total number now amounting to 127,557. Alongside 552 Our fellow citizens are being treated intubated, while the last twenty-four hours we have 85 still recorded deaths and 3870 deaths in the country as a whole.

“After today’s announcement of cases of EODY we see an increase of cases per 100,000 population in the areas of Kilkis, Thessaloniki, Xanthi, Grevena, Pieria, Drama, Kozani, Rodopi, Pella and Larissa”, said Vassilis Kikilias during the march. coronavirus in the country.

According to the Minister of Health, the situation in Kozani and West Attica is serious and for this reason the Infectious Diseases Committee is currently meeting.

The health workers will be the first to be vaccinated

“We will vaccinate first of all our health workers. We will honor the fighters at the forefront of this effort. “Then we will vaccinate the vulnerable groups”, the Minister of Health underlined.

As Mr. Kikilias mentioned, from Thursday morning Ministry of Health, from 9 am to 4 pm, will contact successively with video conference with all hospitals and health centres of the country in order to start the sanitary records who want to be vaccinated.

“When we talk about health workers and hospital staff, we are talking about all the staff, doctors, nurses, cleaners. They are all worth equal. “

“My appeal to them has to do first of all with their own protection through vaccination and also with the protection and safety of patients in the hospital, in order to reduce the possibility of in-hospital dispersions,” he continued.

Among other things, Vassilis Kikilias explained that this is not a single vaccine but several, several of which are in the process of being pre-purchased by the European Commission.

“Very soon another two vaccines will be on the way to licensing. The installments are one after the other, according to the pre-purchase contracts “.