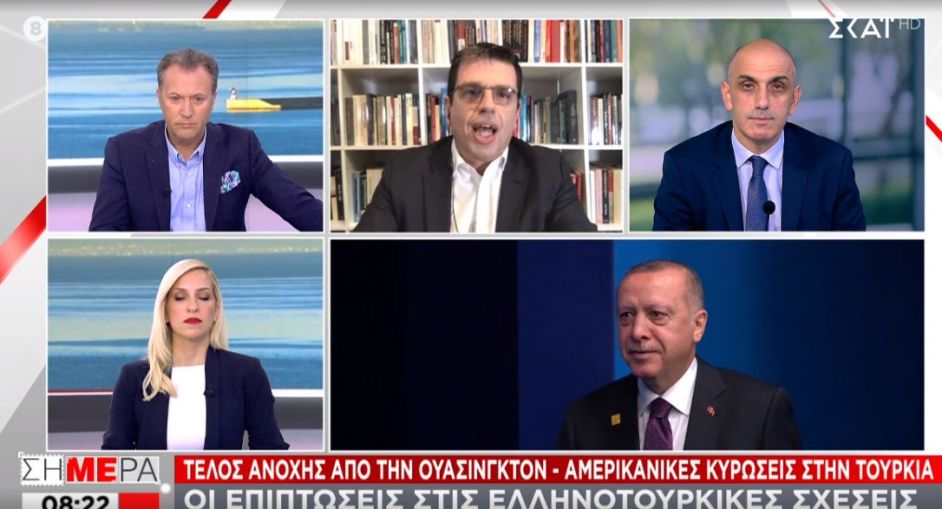 He seems to be seeking a restart in Turkey-EU relations after being slapped by US sanctions.

In his speech to the Turkish people, Erdogan said that Turkey has a presence from Libya, the Eastern Mediterranean to Nagorno-Karabakh.

In Ankara, they are afraid of Biden’s arrival, as they do not know what his next move will be, so they are looking to make it clear until January 20, when the new US president will take office.

At the same time, Akar condemns the US sanctions and insists on receiving the S-400s.

As explained by Internationalist Dimitris Kairidis at SKAI“America’s sanctions are very heavy and very important. “They are hurting the Turkish defense industry in two ways, not just because they are imposing sanctions on some people.”

The two ways are:

1. The United States is obstructing the financing of the entire Turkish war industry, either directly from the United States or through other lending institutions.
2. Any weapon containing an American component, even a screw, cannot be exported to Turkey. This includes the Bairaktar, the famous drones that have American lasers on them, as well as the weapons of third countries that are going to Turkey.

Few weapons do not have an American component on them. Therefore, as Mr. Kairidis reports, there will be consequences for the German submarines and the Spanish aircraft carrier Anadolu.

This move is made before Biden comes and binds the new presidency. “Pompeo did it without Congress, it has not been signed by Trump and he will probably go for a veto. “Trump trains senators,” he said.

He then noted that Biden would like to restart all the troubled relationships. But now the sanctions do not change, so Erdogan must pack and return the S-400s to Russia.

“Turkey is trying to find out if there is a retroactivity to the US decision, if it includes weapons systems that have already been built and are to be delivered,” Mr Karidis added.

“It was going to get eight F-35s, which are the main aircraft carriers of Western airports for the next 50 years, and it is losing billions,” he said.