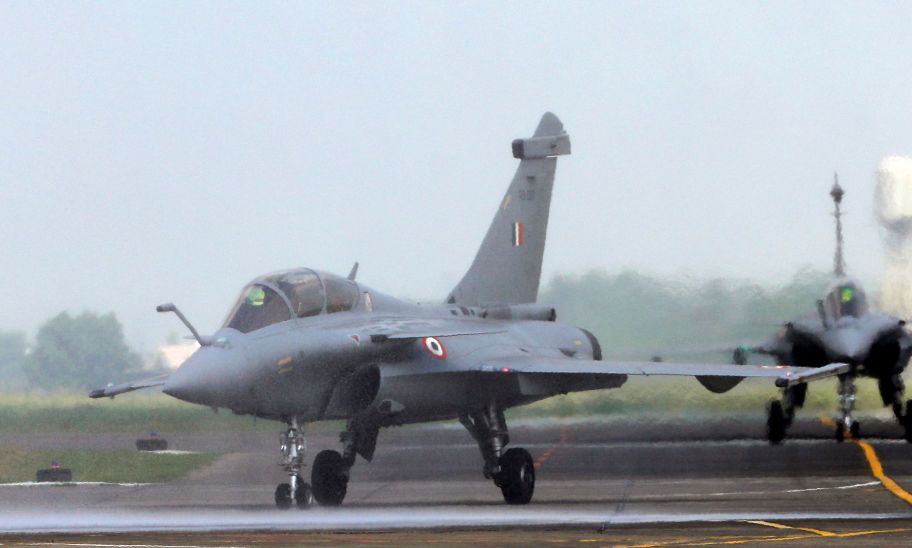 Within the next three years, the acquisition by the Greek Air Force of the French Rafale fighters will be completed. The first six warplanes will be available at the end of 2021, the next six at the end of 2022 and in the summer of 2023 the Air Force expects to have a total of 18 Rafale aircraft at its disposal.

The details of the negotiations and the acquisition procedures of the French Rafale fighters will be at the center of tomorrow’s meeting of the special standing committee on armaments programs and contracts in Parliament.

The first four Greek pilots of the Air Force will go to France at the beginning of the new year in order to be trained in aircraft.

The timeline of the agreement

Already, since September this year, during the presentation of government priorities by the TIF Forum in Thessaloniki, Prime Minister Kyriakos Mitsotakis announced measures to directly strengthen the Armed Forces both in manpower and operations through the purchase and upgrade of equipment and equipment modernization of the Greek Defense Industry.

In this context, the Prime Minister announced that the Air Force will proceed immediately with the acquisition of a squadron of 18 Rafale aircraft replacing the old Mirage. Three months later, the commitment of Kyriakos Mitsotakis becomes a reality with coordinated and targeted actions as the acquisition of the aircraft is a complex and large armaments program. In order for this to happen, the Minister of National Defense, Nikos Panagiotopoulos, had successive extensive talks with the French Minister of Defense, Florence Parley.

At the same time, the competent authorities approved the supply of 18 Rafale aircraft. Of these, six – two two-seater and four single-seater – will be new while twelve will be used (two two-seater and ten single-seater). The aircraft will be acquired by the French Air Force, along with the necessary weapons, support equipment, spare parts, and subsequent support services.

The total cost of the aircraft is 1.92 billion euros for the 18 aircraft and 400 million euros for their weapons. Aircraft weapons include Meteor guided missiles, as well as the necessary upgrades to existing missiles – Mica, Scalp and Exocet – to be used on new aircraft.

Greece is acquiring both new and used Rafale aircraft based on their immediate delivery, in order to increase in a short period of time the operational capability of the Air Force. At the same time, in this way, the costs are significantly reduced in order to allocate resources to other weapons systems of the three branches of the Armed Forces that are necessary.

The Rafale is a multi-role aircraft, capable of performing a variety of missions simultaneously. It is the most modern and combative of the European defense industry. Rafale can transfer the special weapons that already exist in the Greek arsenal, without the need for new investments in infrastructure and technical capabilities.

The arrival schedule of the fighters

– The first six used aircraft will be delivered to the Air Force six months after the signing of the relevant contract, in June 2021. The arrival rate will be one per month.

– Six new aircraft will be delivered twenty months after signing the contract at a rate also one per month.

– The last six used Rafale aircraft will be received 26 months after the signing of the contract.

It is noted that the French side met the requirements of the Air Force regarding the condition of the used aircraft. In the same direction, the manufacturer Dassault provides the guarantee of their good operation.

Mitsotakis: Next is the armaments

“Never before has such a complex and important armament program been implemented so quickly and efficiently,” Kyriakos Mitsotakis stressed in Parliament on Tuesday, announcing the signing in the coming days in Athens of the agreement for the supply of 18 Rafale,

He reiterated that the supply of frigates, drones, the upgrade of F-16s, the supply of modern equipment for the Armed Forces and the recruitment of 15,000 professionals of all specialties over a period of 5 years will proceed. He spoke of “specific forecasts in this year’s budget, almost 5.5 billion for the National Defense, increased by 57% compared to 2019”.