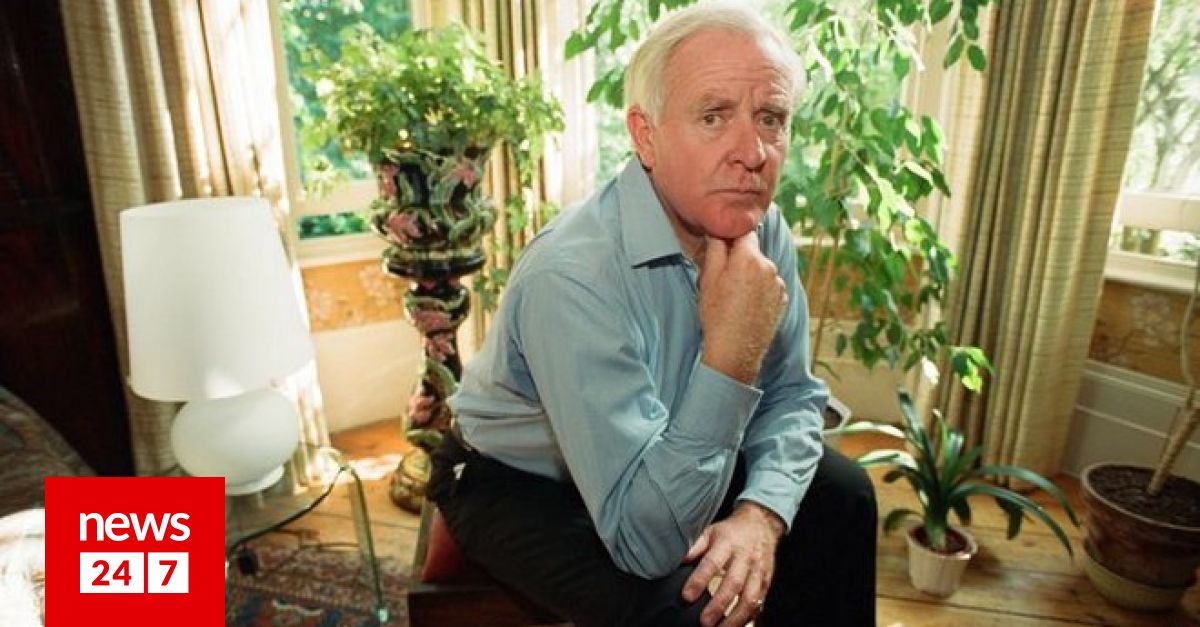 John le Carré left this vain world on the morning of Sunday, December 13, at the age of 89. The British writer who linked his existence with the genre of spy thrillers, died of pneumonia leaving the world of letters clearly poorer.

“He was a literary giant and a spirit of humanity,” Stephen King said of him as he said goodbye. John le Carré left his mark on the literary world through the character of George Smiley a spy, who was the complete opposite of what we have in mind when we hear the word spy. Where James Bond is an extremely charming imposing agent, George Smiley is described in the novel “Call for the Dead” as “terribly ordinary”. He was “short, fat and quiet.” However, he was not at all ordinary. He was simply closer to the reader than any other spy.

John le Carré’s real name was David Cornwell and his writing defined the way we perceive the Cold War era in the western world. He pulled out the elements of brilliance and romance we were accustomed to in the adventures of James Bond and showed us in his books the gray side of a spy’s real life.

He was born on October 19, 1931 in Dorset, to a father “an epic swindler with little education, enormous charm, expensive tastes but no social values”, as had a biographer of John le Carré. And perhaps it was his early contact with the art of deception that made him one of the greatest writers of the espionage genre. After all, when his mother left them at the age of 5, little David still imagined that his father was a member of the secret services and that is why he always left him alone at home.

He studied foreign languages ​​at the University of Berne and enlisted in the army intelligence service. From there he became a professor at Eaton College and then at the Foreign Office where he became secretary of the British embassy in Bonn. It was then that he began writing stories about spies on his travels from work to home and tubalin. Of course he could not sign his first book with his name, working for the Ministry of Foreign Affairs. This is how John le Carré was born.

John le Carré wrote 25 works, many of which such as “The Stubborn Gardener”, “The Tailor of Panama” and “The Night Manager” became film and television hits. Distinguishing the best of these 25 books is indeed a very difficult task. But we will make a small effort to choose with which of the following books you will start studying the work of such an influential author.

And one last thing that is very important for him before you choose your book. John le Carré remained humble throughout his life. He did not admit that he had made any terrible achievements with his books, while he constantly denied the titles of honor given to him. He insisted that there would never be a “Sir David Cornwell” and he succeeded.

“A good writer is an expert in nothing but himself. “And in this matter, if he is wise, he remains silent,” he once said.

Call for the Dead

You can not miss the author’s first book released in 1961, even if you need to read it in English (many of his most famous books translated into Greek are now sold out by the publisher, without the possibility of ordering). The book that made his writing debut will introduce you to George Smiley who is called upon to investigate the apparent suicide of a civil servant, Samuel Fennan. The day the investigation begins he receives a letter from the deceased and the adventure in the world of the Cold War and espionage begins.

A traitor to our measures

Another of John le Carré’s works that found its way to the big screen is “A traitor to our measures” (became the film Our Kind of Traitor in 2016 starring Ewan McGregor). Britain is mired in an economic downturn. A left-wing young Oxford academic and his lawyer girlfriend go on holiday out of season in Antigua, Caribbean.

There, apparently, they meet a Russian millionaire named Dima, who owns a peninsula and a gold watch decorated with diamonds. He also has a tattoo on his right thumb and wants to play a game of tennis. The others, he wants, will send the young couple on a labyrinthine journey from Paris to a hideout in the Swiss Alps, and from there to the darkest sanctuaries of the City of London and its unholy alliance with the British Secret Service.

The people of Smiley

Since I suggested you read the first adventure of George Smiley, I will suggest you the last one. George Smiley is here for the last time facing his Soviet opponent. The Russian self-exiled teams are the pawns in a complex game played between Paris, London, Berlin, Bern and Hamburg, and if Smiley wins, his victory will be, at the same time, a defeat.

This is the book through which you will get to know John le Carré better as a man since it is his autobiography. From his years of service in the British intelligence services during the Cold War to his writing career, which traveled him from the war-torn Cambodia to Beirut on the eve of the 1982 Israeli invasion and Russia before and after the fall. of the Berlin Wall, John le Carré always writes from the heart of modern day. And here he takes us with him on the path he followed as a writer.

In John le Carré’s latest novel, one can discern his dissatisfaction with British policy, his anger at Britain’s withdrawal from the European Union, and his fear of Trump’s US rule. And probably no one else could “sketch – so ruthlessly for politicians but so fascinatingly for readers – the public and secret stories of his day,” as the Guardian wrote of the novel An Honest Man.

Nat, a 27-year-old British intelligence veteran, believes his career as an agent pilot has come to an end. He returns to London and to his wife, the long-suffering Prue. But the growing threat of the Moscow Center forces the Office to carry out one last task: Nat is called upon to take over the decommissioned Shelter substation and the old spies who staff it. The only bright exception in the group is the young Florence, who has targeted a Ukrainian oligarch with a suspicious take on Russia.

Apart from being a spy, Nat is also a fan of badminton. His regular opponent on the field is half his age: the lonely, introverted Ed. Ed hates Brexit, Trump and his job in an impersonal media empire. And he is the one who will lure Prue, Florence and Nat himself into an act of political outrage with disastrous consequences for all.