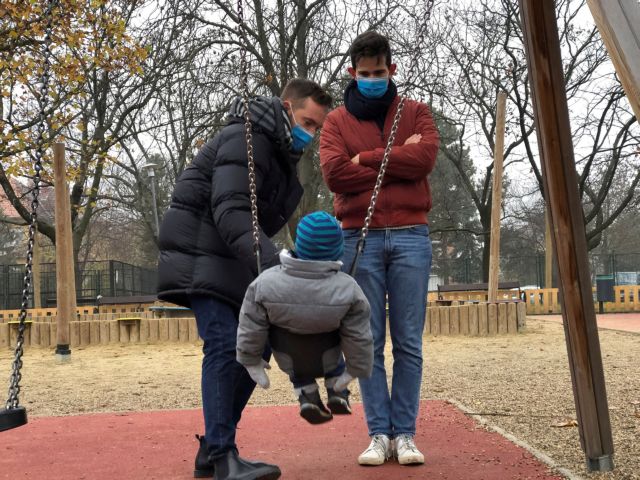 The bill, proposed by the Orban government, states that only married couples can adopt children and unmarried only after obtaining special permission from the Ministry of Family Affairs.

Same-sex marriage is banned in Hungary.

At the same time, the parliament amended the Constitution, including a dozen new articles, including one defining the family as the union between a father, who is a man, and a mother, who is a woman, amending the existing article in order to exclude other types. families.

Although there are exceptions under which unmarried or family members can adopt children, “the basic rule is that only married couples can adopt a child, and that means a man and a woman who are married,” said Justice Minister Judith. Varga.

Until recently, same-sex couples could adopt children if one partner applied for adoption as unmarried.

Amnesty International spoke of a dark day for the LGBTQI community and human rights.

“These homophobic and transphobic discriminatory laws are part of the Hungarian authorities’ continuing attack on LGBT people,” he said.

We are deeply saddened by the Hungarian Parliament’s decision to pass a bill that restricts the rights of LGBTI people.

Stand with the people in Hungary who are speaking out for their right to live in freedom, dignity and equality. 🏳️‍🌈 pic.twitter.com/8RbfsK5GZ4

“This is a black day for the LGBTQI community in Hungary and a black day for human rights. “These new homophobic and transphobic laws, which discriminate and rush under the pretext of the pandemic, are just the latest attack on LGBTQ people by the Hungarian authorities,” said David Wigg, Amnesty International’s director.

The bills further restrict the rights of LGBTQI children and parents in Hungary, said Katrin Hugentubel of ILGA. “LGBTQI children will be forced to grow up in an environment that restricts them from expressing their identities and children across Hungary will be deprived of safe and affectionate families, as adoption is limited to married heterosexual couples,” he added.