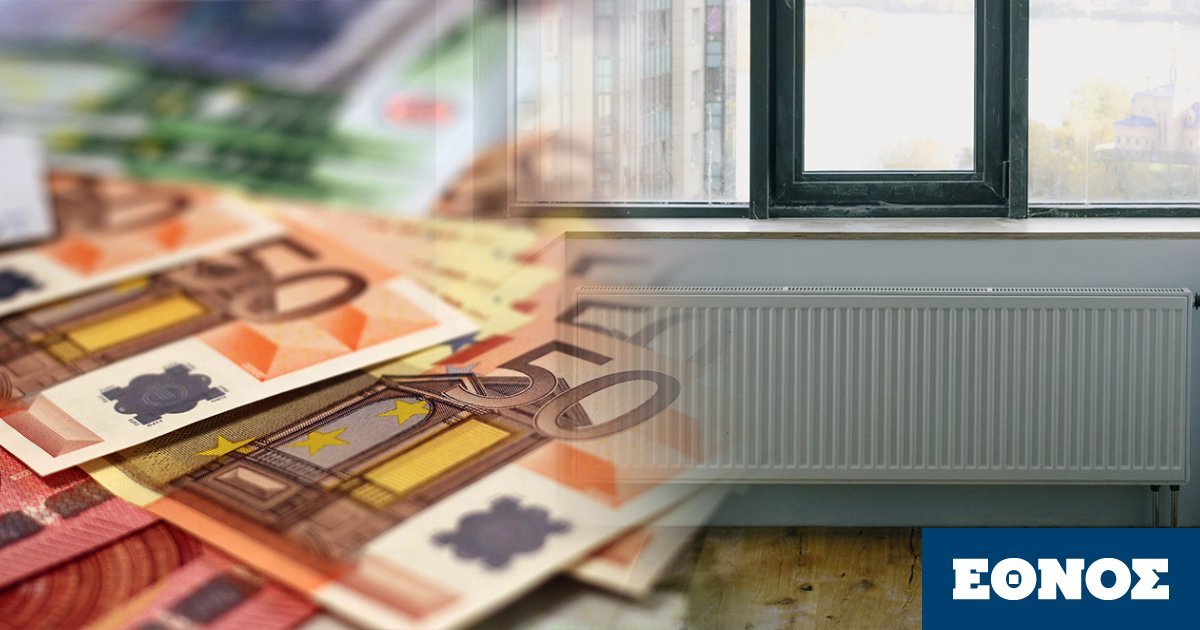 Next Tuesday, at December 22 opens its electronic platform ΑΑΔΕ for heating benefit, in order that beneficiaries to carry out the applications according to his sources Ministry of Finance invoked by imerisia.gr.

The heating benefit will range from 80 to 650 euros with the first payment being made on January, for those who have submitted all invoices. A second phase of its payments will follow heating allowance in March for those who submit invoices later and there may be a Tuesday for those who use natural gas.

The allowance where is entitled will occur after the calculation made on the platform based on the invoices it has submitted and the degree days it is entitled to under the new calculation system.

The heating benefit for this winter season will be expanded compared to previous years. Except from beneficiaries that they use heating oil, this year heating benefit will consume and those who consume natural gas, LPG, but also the highland households they use firewood the pellet.

It is noted that this year will be subsidized LPG, the well-known “bottle” used by several stoves, while the money paid will start from 64 euros and will reach as far as 650 euros. Unlike before, where the country was divided into four zones with heating allowance rates, it will now be paid per region. So, there will now be 13,549 areas with different amounts. It goes without saying that areas such as Florina, Kozani, Grevena etc. will have the highest rate, since the lowest temperatures are recorded there.

Who are the beneficiaries?

With the relevant decision, in the list of beneficiaries for heating benefit – except for the beneficiaries who use heating oil will add those who use:

The bonus starts from 80 euros and can reach the 600-700 euros and will be paid to beneficiaries by the end of the year.

To make the payment of the heating allowance fairer to the Ministry of Finance divided the regions of the country according to the weather conditions, prevailing in them (in 200,000 squares 750×750 meters). The logic is that the amount of the allowance will be calculated based on how many days of the year the temperature of an area drops below 15.5 degrees Celsius.

Beneficiaries of heating allowance is individuals for the properties that they use as their main residence at the time of submitting the application, whether they are rented or are given free of charge or are privately owned.

To get someone the heating allowance should put twice the amount he will receive. Also the money he will have to spend them, otherwise he will return them.