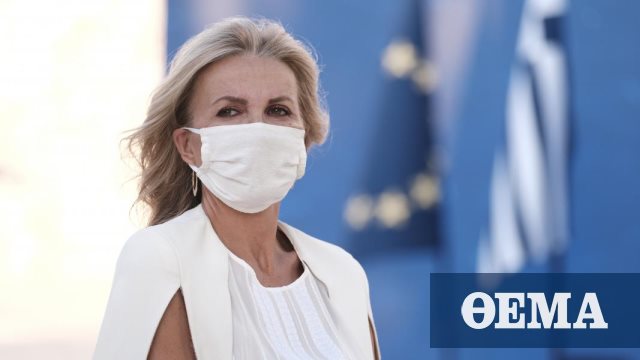 Response to posts and posts on social media about the presence of the lady Marevas Grabowski in Kalamata give associates of the prime minister.

“The vulgarity of some has exceeded all limits. We must note that Mrs. Mareva Grabowski Mitsotaki did not go to Kalamata for an excursion, but after the written permission provided by the Civil Protection, accompanying executives of Dior, one of the largest in the world, who came to our country to come. from a tour of museums, the possibility of their new collection in 2021 to have a reference to Greece, on the occasion of the 200 years of independence “ emphasize government sources.

“This fact, as everyone understands, will be an important projection for the country. It is also known that Mrs. Mitsotaki is systematically involved in the promotion of Greek handicrafts in the world, a fact that is directly related to the implementation of the collection. Mercy now with the pettiness! “ they end up.

Pantelidis case: “The driver was Pantelidis” insist on memoranda submitted by the two girls

GNTM 3: The … feats and the story of Hercules Chuzinov