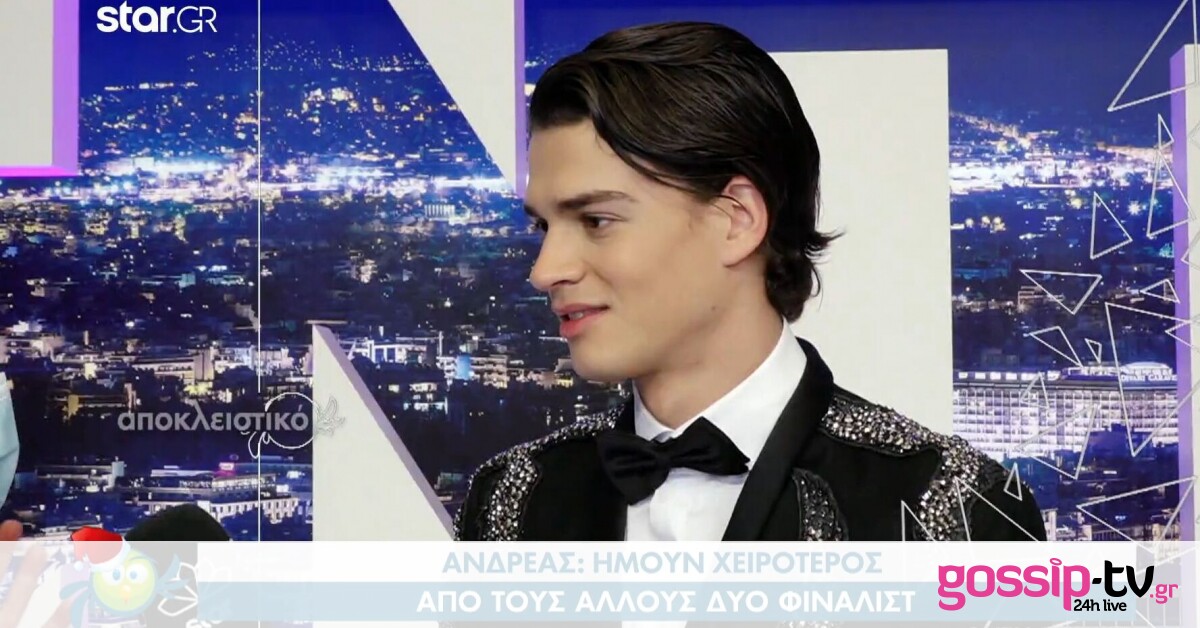 THE Andreas Athanasopoulos was the player who stayed from the beginning to the end in GNTM, without leaving, unlike Hercules and Friday, which were the so-called “returns”.

His self-confidence and the strong point of view that he had in the competition made him stand out from the first day!
He believed that he would be the winner, while several times he had taken the best photo!

In the end, he came out third after he did not do so well in the final tests, as he himself admitted while speaking “In the nest of Kou Kou».

“I came out third and I have to say a huge thank you to the people and for the love they showed me! But we do not stop here… all is well! Congratulations to Hercules, I wish him all the best and hope he achieves his goals. As for me, I have to say that I tried hard in the competition. I was not so good in the final, in the test but it does not matter. But I showed how much I want it and I generally believe that if you want something very much the universe will conspire and give it to you. I tried very hard, I tried too hard. I think I had no other energy in the end and that’s why I did not do so well in the tests. I gave what I had and I did not have “.

The first people he spoke to shortly after the grand final were his family.
“I will run home to give them a hug and get the love I want,” said Andreas Athanasopoulos.