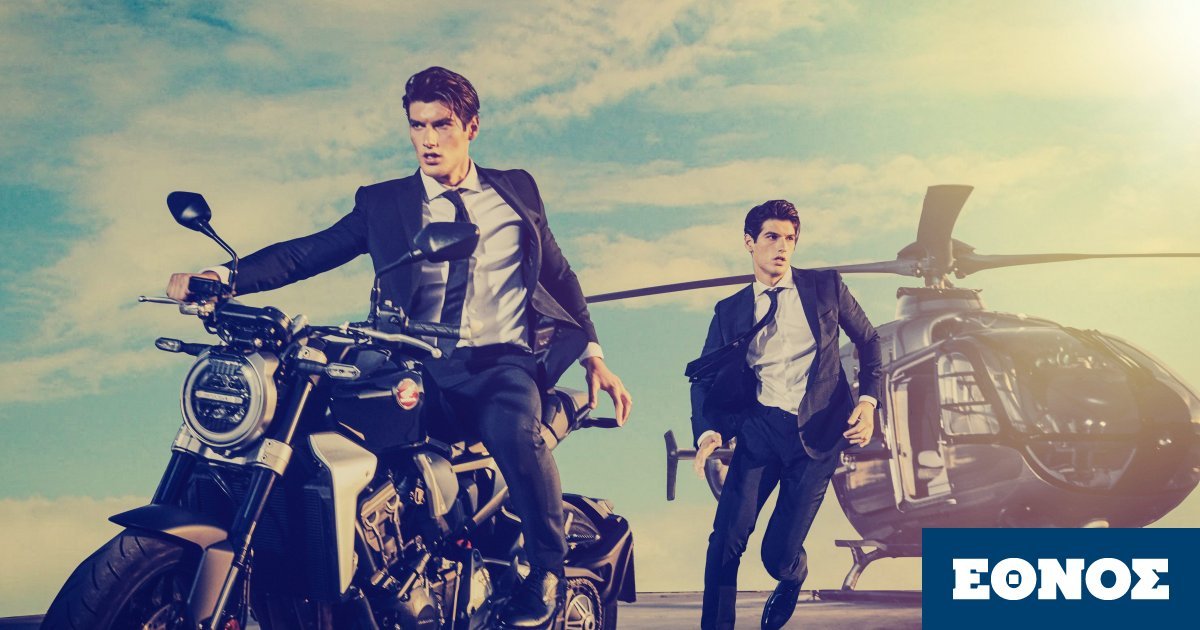 On the night of Tuesday, December 15, he became the big one GNTM final 3 and the model who failed to make it to the final trio was Emiliano Markou. After several trials, castings, demanding photographs, transformations, quarrels, cries and departures, o Emiliano Markou, Andreas Athanasopoulos, Iraklis Tsouzinov and Paraskevi Kerasioti were called to the grand final to face each other through three difficult tests.

GNTM 3 started with ID Catwalk and completed its cycle with a catwalk on behalf of three recognized fashion brands. The big surprise was that along with the top four, fifteen of the children who left the competition walked. Lights, music, rhythm, styling and a backstage full of pulse, were the elements that composed the spectacular show.

Unfortunately, The Emiliano did not succeed and did not pass to the second competitive phase. Specifically, after the end of the first catwalk, George Karavas furiously called them backstage and pointed out that they did not follow a specific rhythm and that Emiliano made the mistake and led them to the other side towards the exit and not from the front. In the end, this mistake seemed fatal.

“The strictest judge is myself,” says the 20-year-old Emiliano, who was born in Greece and comes from Albania. He is studying at School of Merchant Mariners, loves her sea ​​and travel. He has been modeling for a few months but already has some photos on his assets, which have received positive reviews. In the past, Emiliano has been involved in football and karate, while spending several hours in the gym.. He classifies himself in the category of “fitness models” and works the poses with his body, although he believes that he also has a strong face.

THE Emiliano Markou is methodical, organizational and always wants to have planning and goal. THE Emiliano of GNTM hates inaction and stagnation. For Emiliano every day is a gift you should not throw away. In its uncharted waters GNTM he had put his bow on the top …. and he reached it!

His favorite phrase perfectly expresses him: “Don’t crack under pressure».

In the introductory video of the game o Emiliano he had said: “I applied to participate in GNTM because it is a great opportunity for us boys to show that we deserve for the first time in Greece. So why not? Regarding his studies, he had said “I decided to deal with the sea area from High School. Since then I have not changed my mind and since then I enjoy every day in it. The gap between the modeling space and the shipping space is very large, especially if you work as an officer in the future as I will. Of course I will try to combine both things and from there on we will see “.

When she walked in front of the judges in her swimsuit Vicky Kaya she told him: “You are the first one who has posed so nicely and has not shaved his legs”. THE Dimitris Skoulos he thought his legs were a little big in proportion to his body and had told him: “I do not want more volume. If you were a little drier I would prefer it 1000 times. I consider you a little child. Your feet are like playing football. Your face is very strong. I want the look to be relaxed, calmer “. Genevieve told him that it was the joy of the woman who read “Viper”. As for Kaya Emiliano reminded her of an Ancient Greek. Ancient statue. Emiliano got four “yes” and entered the game.

THE Emiliano was one of the players who was not afraid to comment on the game, as unpleasant as it was and did not hesitate to clash to defend his views. Inside the house of his reality show GNTM 3 came very close to her Mariagapi. Their relationship was also confirmed by Vicky Kaya a few days ago, but also Mariagapi’s ex-partner, who revealed that they broke up while she was in the game and that the young model made a bond with her teammate.

Once again, Twitter users “painted” and “gave pain” for the first test of its final GNTM 3 with very imaginative comments: