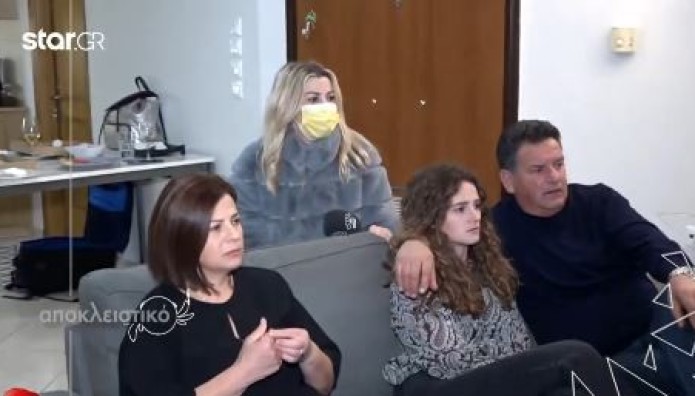 Andreas Athanasopoulos’s parents and sister watched the GNTM 3 final from their home in Patras, as they could not be near him due to the coronavirus.

The anxiety of the model’s loved ones was great, as they believed that she would be able to reach the top.

Andreas admits to star.gr: “I was not so good in the final”

Shortly before the announcement of the results, Nadia Rigatou went to the finalist’s house to talk to his family.
“I believe he will succeed. He is very stubborn “, said his mother on the camera of the show” Sti folia ton Kou Kou “, while similar statements were made by his father and sister.

Andreas Athanasopoulos with his parents

Then, they watched the result numbly and when they saw that Andreas took the third place, the mother, disappointed, simply said: “It does not matter my love”.