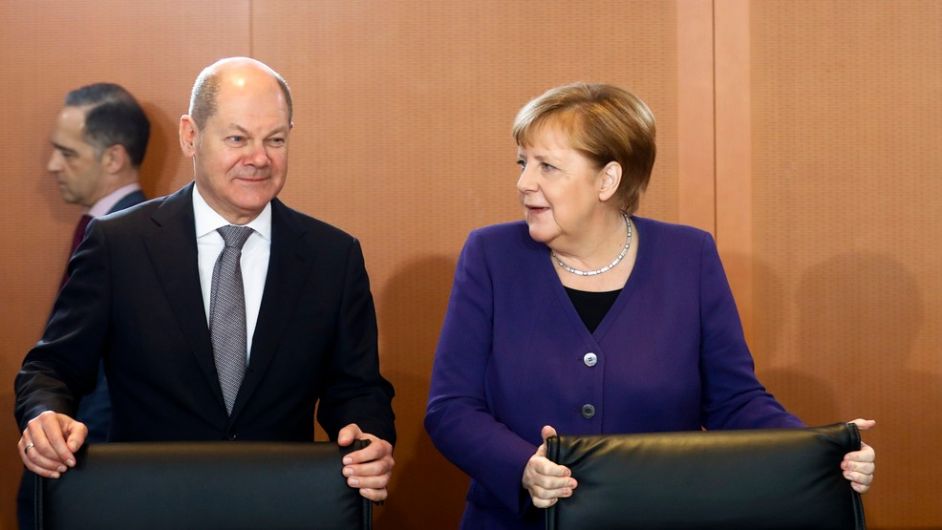 For ordinary mortals the process is as follows: after taking a loan one is then called to repay it in the form of installments. One part is channeled into the repayment of the initial capital, the so-called amortization and the other part into the repayment of interest. In the case of German treasury funds managed by German Finance Minister Olaf Soltz, however, the situation is quite different: for the German state, borrowing in 2020 was not only not accompanied by interest payments, but instead led to inconspicuous and unexpected profits.

Huge demand despite the losses

Until December 3 of this year, the issuance of government bonds brought interest income of a total of seven billion euros. Simply put: investors paid around 7 billion euros to Germany this year to lend it money. According to Reuters, this comes from a response from the Ministry of Finance to a question from the Left MP Fabio de Mazi. According to the ministry in its response, the unexpected revenues are due to “historically extremely low interest rates”.

“Thanks to the negative interest rates, the state gains from the sale of bonds,” comments the Left MP. And although German bonds actually do damage to their buyers, they remain very popular. Investor offers usually exceed 2 times the issue.

With the triple AAA from the Rating Homes, Germany’s credit rating is considered excellent. Apart from this excellent rating, however, it is a fact that the bond market is also very large. Buyers include pension funds, asset managers and other institutional investors. Being one of the safest ports and in the absence of profitable alternatives, investors are willing to lend to Germany and even go out at a loss. It is noteworthy that on November 30 the average yield on German bonds was minus 0.56%.

The role of the ECB

One of the main reasons for the negative interest rate phenomenon is that the European Central Bank is one of the main buyers who systematically enters into a massive securities market. In this way the demand increases which in turn reduces the returns. Through the sovereign bond market program on the PSPP secondary markets, the ECB had purchased German securities (government bonds, state and institutional bonds) totaling 562 billion by last October, to which should be added another € 125 billion. due to a PEPP bond purchase program pandemic.

“The ECB is doing its job and keeping interest rates low for eurozone countries,” Di Mazi said. “Interest rates are historically low and the debt ratio is lower than the levels of the economic crisis. We can take advantage of debts. In these contexts, a return to the debt brake (ss. Constitutionally guaranteed ceiling on the new borrowing of the German state) would be an economic absurdity “.

Due to a pandemic, Germany borrowed a record 406.5 billion euros from the markets this year. The current crisis is causing a multi-billion dollar tax hole while at the same time the government is spending huge sums to support the economy and mitigate the effects of the pandemic. The issuance of new bonds aims to cover the difference between income and expenses. At the same time, however, old loans amounting to 248 billion euros must be serviced.