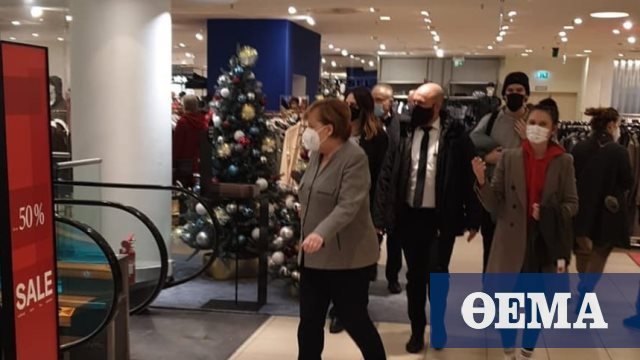 Even the Chancellor Angela Merkel had to rush to market just before general lockdown which entered into force today throughout Germany.

According to the newspaper BILD, the Lady Merkel visited privately the iconic department store in West Berlin KaDeWe on Monday afternoon. The newspaper publishes a relevant photo and points out that the Chancellor often visits the specific store and especially the floor with the food items.

The last two days in the main shopping streets of Berlin were particularly crowded, even queues outside some shops, but KaDeWe had limited traffic, as most of its customers are tourists.