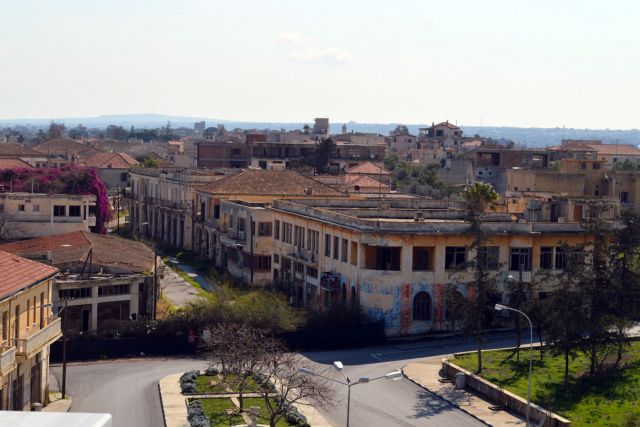 According to the Scientific Service of the Federal Parliament of Germany, the opening of parts of Varosia by the Turkish Cypriot side is contrary to international law, linking the relevant UN resolutions with the 1960 Guarantee Treaty.

The 23-page opinion was sought by Left MP Sevim Dagdelen, who stressed that “these and other ongoing provocations and threats of war by the Turkish President must not go unnoticed” and called on the German government to “adopt full and comprehensive launch the termination of financial assistance – and at European level “.

The opinion refers, inter alia, to Resolution 550 of 1984, in which the Security Council considers attempts to settle any part of Varosha by persons other than its inhabitants to be unacceptable and calls for the transfer of that area to the United Nations Administration (UNFICYP). ).

However, the Bundestag’s scientific office also points out that UN resolutions are not in themselves binding decisions under international law, but “non-binding recommendations” and “contain mainly appeals and exhortations to the states involved”. Ankara invokes their non-legal binding.

But the Bundestag’s lawyers also stress that the UN resolutions cannot be legally ignored, while “largely reflecting the (political) beliefs of the international community.”

In this case, it is pointed out, they can be assessed as “concretizations” of the Treaty of London, which is an “internationally binding text of a Treaty signed by Turkey” and explicitly prohibits “any activity aimed at directly or indirectly promoting the division of the island.” ».

“In this sense, the opening up and the Turkish Cypriot settlement of Varosia seem to be undesirable steps towards the division of Cyprus,” the opinion said.

“Non-compliance with non-binding resolutions becomes legally important only in conjunction with the 1960 London Guarantee Treaty, which is still in force. The resolutions on Varosia specify what is now in the light of this Treaty as unacceptable as well as incompatible with the Treaty. In this sense, the opening and settlement of Varosia by Turkey follows a completely different path, oriented only to Turkish interests – as opposed to putting the city under international UN administration, as has repeatedly been suggested by the Council. Security. In addition, the opening of Varosia, by creating data unilaterally, complicates the settlement of the Cyprus problem through negotiations under the auspices of the UN-sponsored peace process, as was the purpose of the Guarantee Treaty and as reaffirmed by the statement of the Security Council Presidency. and by the Secretary-General of the United Nations “, concludes the text of the Bundestag.

Speaking to Frankfurter Rundschau, Hubert Faustmann, a political scientist at the University of Nicosia, confirmed a “new argument that has never been heard before and has international implications”, confirming the interpretation of the Bundestag Scientific Service.