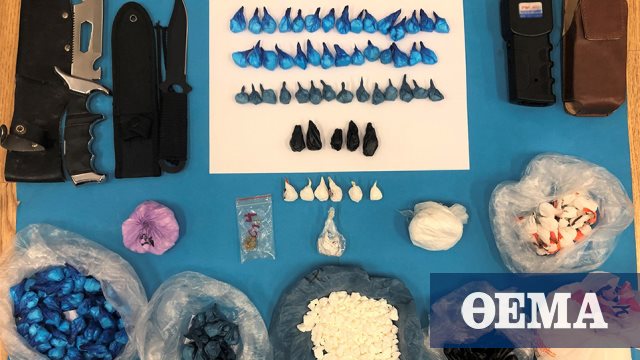 Cocaine Delivery with a phone in her villas and apartments Εκάλης, της Κηφισιάς, του Psychic, της Βούλας and his Kolonaki, from a “family” led by a cruel robber and business arms to his wife, mother-in-law and sister-in-law.

The Drug “supermarket” he worked 24 hours a day and even sent informative sms to the high clientele in order to be aware of the service and prices of the “white lady”.

During the duration of monitoring by profilers of Drug Prosecution of Asfalea Attiki, more than 230 transactions were identified while the police are trying to decode the clientele in order to prosecute the branded customers.

So far, 6 members of the organization have been arrested aged 27 to 52 years, quantities of cocaine, pistols, device were confiscated electrical discharge, knife and 7,800 euros. For drug trafficking, the circuit used specially designed electrical caches in vehicles for “delivery”.

Characteristics of the action of this circuit are:

The investigation revealed drug storage areas, specially designed crypts inside vehicles, certified the activities of the criminal organization and the role of each of its members, namely:

– 33-year-old had undertaken the organization of the criminal activity of the circuit, the recruitment of new members, the separation of roles, the management of the finances and the confrontation of any problems, with a direct collaborator 30-year-old arrested, while
– the other members were in charge -as appropriate- of the supply, storage, safekeeping and trafficking of drugs in “shifts”.

Yesterday morning, parallel organized police operations were carried out, with the assistance of E.K.AM. and a police dog, in (7) houses in areas of Attica, where the aforementioned members were arrested, while the following were found and confiscated: