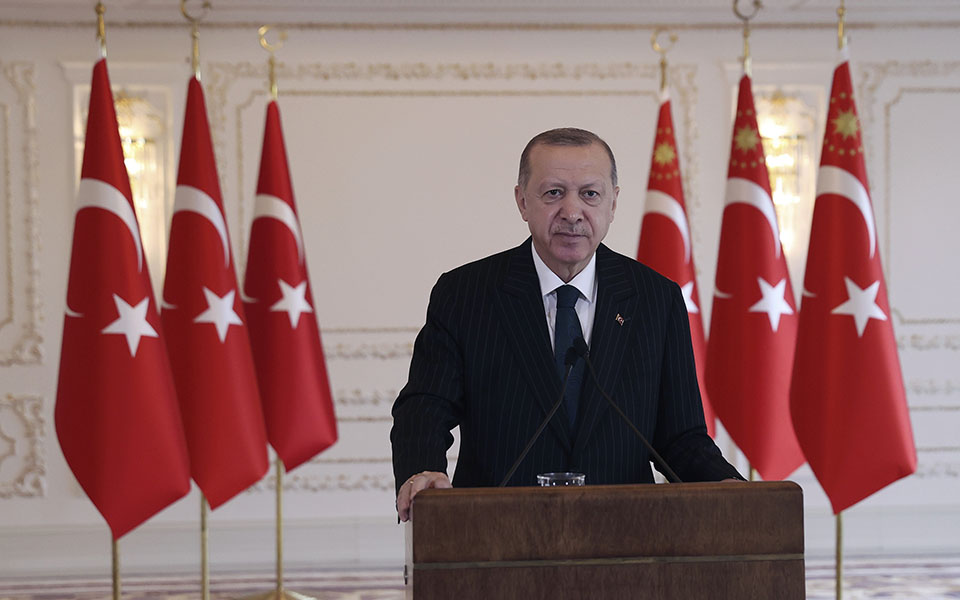 Recep Tayyip Erdogan expressed the assessment that the US sanctions imposed on Ankara for the acquisition of Russian S-400 systems will not achieve their goal, referring to a hostile US stance and a direct attack on Turkish sovereignty.

In a statement, the Turkish president said the aim of the sanctions was to thwart Ankara’s defense industry efforts.

He argued that sanctions would not stop Ankara’s efforts. He added that there will be some issues, but Turkey will not be affected by them.

Mr. Erdogan pointed out that no country has been sanctioned under CAATSA legislation except Turkey, which – he added – is a US ally in NATO. “What kind of alliance is this?” he wondered.

He also insisted that Ankara would continue to work to make its defense industry fully independent.

Ankara is afraid of Biden

US sanctions have upset Turkey. Turkish Foreign Minister Mevlüt Çavuşoλουlu had a telephone conversation with his American counterpart Mike Pompeo. According to Ankara, Mr. Tsavousoglu expressed his country’s dissatisfaction with Washington’s decision.

Turkish Defense Minister Hulusi Akar condemned the US decision. “This decision has upset all the values ​​of the alliance between our countries,” he said.

Michel for Turkey: Positive agenda only if unilateral actions stop

Mr. Michel stood by the decision to expand the list of sanctions against individuals and entities. At the same time, he noted that there is a possibility of a positive agenda, which, however, as he added, will come as a result only if Ankara stops unilateral actions and hostile rhetoric towards the EU. and its member states, according to the RES-EIA.

On Tuesday, Mr Michel had a telephone conversation with the Turkish president at Ankara’s request, a European official said.

Mr. Michel briefed the Turkish President on the conclusions of the Eastern Mediterranean Summit. need for continuous and in-depth de-escalation, as well as for the resumption of exploratory contacts with Greece, according to the same official.

The Turkish president expressed the wish to open “a new page” with the European Union during the communication.

According to Reuters, Anadolu