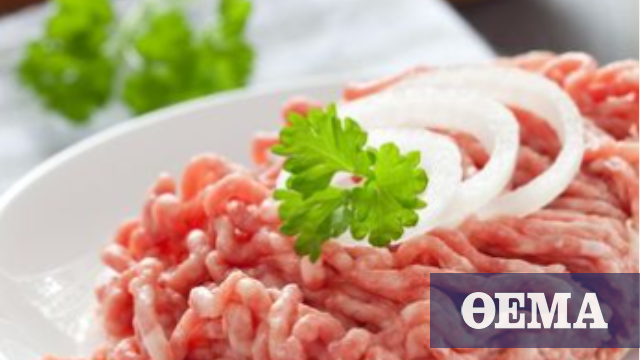 The period of Christmas, people in different parts of the world turn to established family traditions to get into the holiday atmosphere and enjoy it to the fullest. But there is a “tradition” in Wisconsin, USA that is extremely dangerous, resulting in local health service issue a warning every year in order to prevent citizens from complying with it.

According to Guardian, this warning concerns the so-called “sandwich of cannibals “, which has earned its nickname because it contains raw meat, and is traditionally eaten by some Wisconsin residents during the holiday season.

Recognizing that the consumption of the “cannibal sandwich” is a tradition for some families, the state health service emphasizes in a post that “Eating raw meat is NEVER recommended because of the bacteria it may contain. Minced beef must be cooked at 160 degrees Fahrenheit “

In a more detailed post, the service explained that among the dangerous bacteria that can be found in raw meat are those of salmonella, of E Coli and what causes her severe infection listeriosis. “And no, it does not matter where you buy your meat” is emphasized in the warning “.

In 2018, a blog post from the US Department of Agriculture pointed out that “Hundreds of people in the Midwest have fallen ill after consuming cannibal sandwiches” and recalled that in this state there have been eight “outbreaks” related to the eating of raw beef since 1986. This post even suggested a “Safe alternative”, creating a sandwich with exactly the same ingredients and spices, but with cooked meat.

It is worth noting that, after the attention that the post for the “cannibal sandwich” attracted, the service returned today with a new warning for the … raw dough for cookies or cakes that contains eggs.