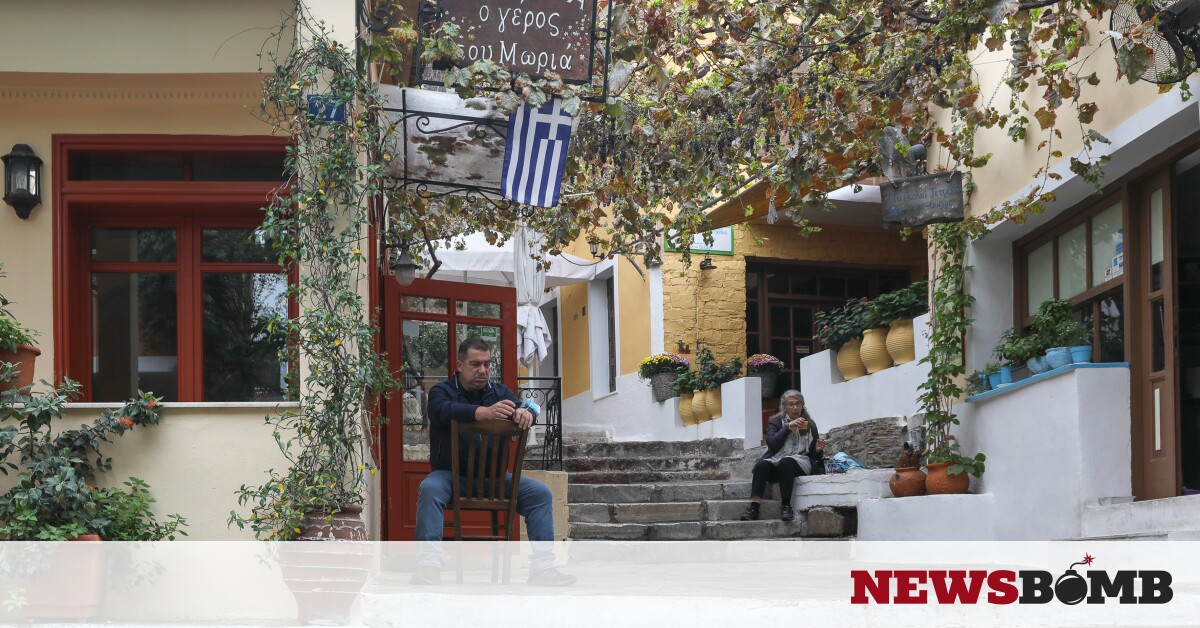 Lockdown: No government’s mood for pandemic outbreak during holidays – Thoughts on general quarantine in counties with heavy epidemiological burden

With the second wave of coronavirus not to subside and epidemiological data to be heartbreaking, this year’s Christmas festivities are expected to be completely different.

Citizens are encouraged to adapt to new data and be limited not only to the absolutely necessary movements but also to a specific world in their homes, with the upper number being nine.

The sms at 13033 will be necessary on holidays as well. Specifically, especially for the Christmas or New Year’s Eve, it is necessary to send a text message (sms) to the number 13033 with the code 6, so that no fine is charged, in case of going to a friendly house.

Although sending a message for New Year’s Eve allows exit from the residence (with a gathering limit of 9 people), the traffic ban remains unchanged all the days of the holidays from 10 pm to 5 am, without any exception on Christmas and New Year days.

It is worth noting that the government intends to close any window for dangerous New Year’s Eve in hotels in the midst of a pandemic, after the uproar caused by the advertisement of a well-known hotel for Christmas and New Year buffet.

Scenario for lockdown in entire areas

At the Maximos Palace, there are concerns for some areas of the country, in which, despite the quarantine that has been imposed, they continue to be in the red.

A typical example is the area of ​​Kozani, which recorded 69 cases on Tuesday (15.09). In fact, the mayor of the city, Lazaros Maloutas, contacted today the Minister of Citizen Protection, Michalis Chrysochoidis, requesting the tightening of controls.

According to reports, The Minister of Health is expected during today’s briefing on the evolution of the pandemic to ring the alarm bell for areas in Northern Greece and Western Macedonia, where a total lockdown may be imposed in the coming days. In fact, the Minister of Political Protection, Michalis Chrysochoidis, will visit Kozani on December 17.

The Deputy Minister of Civil Protection and Crisis Management, Nikos Hardalias, is going to Thessaloniki on Thursday, December 17, to hold a series of meetings on the assessment of epidemiological data as they develop in the wider region, the progress of inspections carried out by the competent authorities for compliance with the measures, as well as the operational plan for protection against Covid-19 infection that they have developed the local authorities in view of the holidays.

In between – and definitely until at 6 in the morning of January 7th– everyday life goes through the pages of the Government Gazette for the “extraordinary measures” of the holidays, which are formed as follows:

Gatherings, public or social events: Suspension, with the exception of:

are allowed the gatherings with a maximum of 9 people, which come from to 2 families.

Public services: Operation with the necessary staff, mandatory teleworking as much as possible, public service only in urgent cases and mandatory by appointment.

Private companies: Operation with the necessary staff, mandatory teleworking as much as possible, public service only in urgent cases and mandatory by appointment.

Courts: Up to 15 people in the room. Keeping a distance of 1.5 meters.

Hospitals, clinics, clinics and diagnostic centers: one attendant / visitor per patient. Limitation of scheduled surgeries up to 80%.

Rehearsals, TV and film shootings, recordings: only exceptionally and with the permission of the General Secretariat for Civil Protection.

Nightclubs and bars: Suspension of operation

Focus: Suspension of operation. It is allowed to provide products in a package from the store (take away).

Transportation: Public transport with a maximum occupancy of up to 65%, up to 1 passenger in a taxi, up to 2 people plus the driver in the VAN,

Special disinfection on wheeled and non-carts and baskets.

Popular markets: Mandatory expansion, operation with 50% of suppliers and with 5 meters distance from the counters.

Retail: Possibility of delivery outside (click away), but also drive through (pick up by car) for the shopping centers

Hairdressers, manicure-pedicure services: Normal operation, only by appointment and extended hours from 7 am to 9 pm.

KTEO: Customer attendance by appointment only.

Elevators / escalators: It is recommended to avoid use.

Finally, it is allowed from today the activity of producers and professional sellers with flowers and plants in the public markets, according to a relevant decision of the Ministry of Development.

What will happen to the churches

Performing services, worship services, rituals or any kind of religious ceremony exclusively by religious ministers and the necessary support staff without the presence of other natural persons.

Only the religious minister, up to 9 people and the persons in charge of the burial, are allowed to participate in the funerals and related religious services and other rituals and burial events.

During the feast of the Epiphany (6/1/2021) it does not take place sanctification of the waters in any open public space, except inside the Holy Temples.